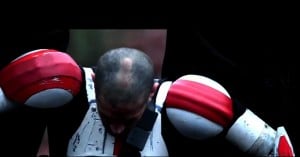 A bunch of French fans did the “Hope” trailer In Real Life! Not only is this movie awesome, It also shows the dedication of Die Hard Star Wars fans.

I went sith warrior because vette is such an awesome companion but every time I watch the hope trailer I want to go back to my trooper even though he is on a deserted server! Watching this movie was like watching 10 hope trailers at once.

Say what you will about the prequel trilogy... but you have to admit the new sound effects it introduced to the SW universe are awesome. One thing I’ve never understood about “Hope” is they have a great ambush position on a ridge and they all jump down

Now you’re probably asking why they got a dude to play Satele Shan, but in the youtube comments, they state that they got some breack dance famous guy to play “her”, which is why it is a “he””