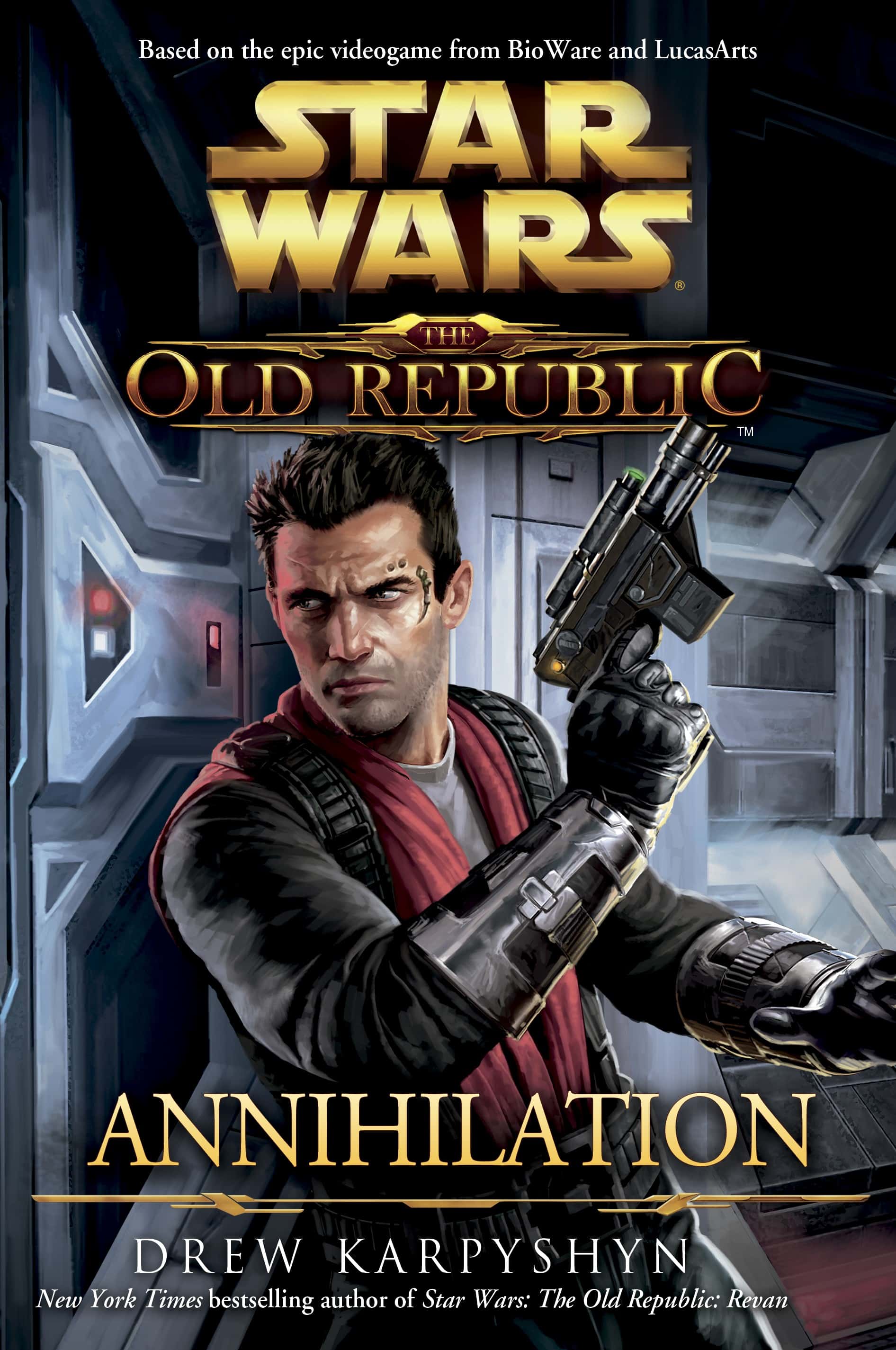 If you haven’t read Annihilation by Drew Karpyshyn yet, your are missing out. The book have been out for about year now, and reviews have been positive.

Annihilation with the possible exception of Revan also written by Drew Karpyshyn is quite possibly the best novel based around Star Wars: the Old Republic video game franchise. While it is not free of it’s flaws it is very enjoyable to read and easy to do so. It was one of the few Star Wars books that I have read recently that kept me turning pages.

The best part about the novel is its characters. Theron Shan, first introduced in a the Old Republic comic series, is an intriguing character considering his background, lineage, and the fact that he is not a Jedi. However, I thought that his character lacked a measure of conflict. He seemed too at ease with his position in life. This made him a bit shallow, despite a deep background. The other characters in the novel are a lot of fun, particularly that of Teff’ith. The character of Gnost-Dural, the Jedi Master, was also one of my favorite characters, and I would have loved to see more of him.

Anyways.. Enough with the rambling. jawajames now brings us his latest story-telling saga, a scene from The Old Republic: Annihilation by Drew Karpyshyn. Check it out below: