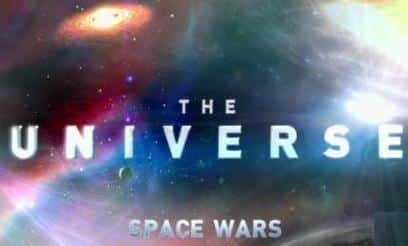 Last week I wrote about our plans to put up a weekly column on more nerdy stuff, that is not really part of the Star Wars universe. We still don’t know what to call it, but the plan is to post documentaries, images or articles, on space and speculative discussion on future technology.

Last week i promised we will post something new each Saturday, and already I broke my promise. I have been out almost all weekend, but now I am here, and here is a new documentary from National Geographic. This one is called Space Wars, and is part of the “the universe” series. This one was aired back in 2009 and has scientist speculate on future space weaponry and battle tactics.

So far no country has put weapons into space but they can shoot down satellites. If weapons do become part of space, how will they work, how effective will they be, and what damage could they do? From ground-based lasers to telephone pole sized rods hurtling from space at two miles per second to the far out weapons of the distant future.