BioWare just posted a new developer blog, in there usual story telling fashion.  This one is a conversation between the Assassin droid BH-7X, witch was used by the Bounty Brokers Association, and a guy named Kern. Story is really starting to build up for Forged Alliances.

Like the last one, this one is also written by Charles Boyd

You can read the full story over at the official Star Wars: The old Republic website, or you can read our copy paste of the full blog post below:

The droid’s voice almost sent Kern out of his seat. He’d been lost in thought, hadn’t heard it come in. One more lapse he could blame on getting old. Make that two more, if the thing was telling the truth. It got impatient for an answer and continued: “Four dead, seventeen injured. Jakarro and C2-D4 escaped.”

Kern didn’t look at the droid, didn’t need to. The face never changed, “eyes” never moved. Just flickered. Adjusted, focused, analyzed. Infuriating. He reached for a bottle on the desk instead, topped off his drink, took a long swallow. “You didn’t even try to help my people out, did you?”

“You said my price was too high.”

He’d laughed when he’d heard the bid. What kind of droid expects to get paid at all, let alone a small fortune? Pour, swallow, grimace. “Your price was too high.”

Blasted thing was a financial planner, now? Kern shook his head. “How much do you think I paid those people? I’d have to drop forty of ‘em to hit your fee.”

“If today’s unpleasantness should prove anything, it’s that you get what you pay for.”

Kern growled, thought about reaching for the blaster he kept holstered beneath the desk drawer. Something else crossed his mind; his hand went back to the bottle instead. “How about that crate of spice I paid for?” The bait to lure Jakarro and D4 hadn’t been cheap.

“The Wookiee bludgeoned your ‘buyer’ to death with it.”

Kern tried not to picture it. Depu had been a good man, they’d been on this hunt together for years. “And Jakarro just left it there?”

“As the contract specified. A consummate professional, clearly.”

Did this thing actually admire the Wookiee, or was it just programmed to be irritating? “He’s a blasted animal. What about the droid? He do any of the dirty work?”

Kern laughed and set his glass down, a bit harder than intended. He’d probably had too much, but his other hand was already pouring more, so it seemed rude to refuse. “You know how long I’ve been after that pair? When I started, the only thing—“ swallow, grunt, “—the only thing that droid was missing was his conscience.”

Glowing eyes flickered again. Always thinking. Always annoying. “Droids don’t have consciences. We do what we’re made to do.”

Kern’s hand found a way to point his glass accusingly. “You’d know better than me.” He celebrated his wit with another swallow.

More flickering. More thinking. “Why pursue these individuals for so long?”

“You have their rap sheet.” Kern had witnessed eight of the documented twenty-seven—scratch that, thirty-one—killings, probably more than fifty of the two hundred and sixteen assaults. More vandalism, theft, and contraband smuggling than he could remember. And no telling what else they’d done that never made the record. “You have any idea how long a Wookiee can live?”

“Wookiee lifespans have been documented to reach—“

“Shut up.” The droid actually did; a victory worthy of another swallow. “Hundreds of years. Hundreds. If I don’t take him down, he’ll still be thieving and smuggling and killing when my grandkids die of old age.”

“Moral obligation? Quite a hindrance, for a bounty hunter.”

Kern laughed. He reached for the bottle again, but only managed to knock it off the opposite end of the desk. It struck the droid’s shin, bounced away, and spun into the corner. The glowing eyes didn’t move. “The great BH-7X!” Kern’s arms found a suitably dramatic pose. “I’m supposed to pay you a fortune to partner up, and you can’t even dodge a bottle?”

“Apparently, neither can you.”

“I don’t think it’s a crime to have a drink or two in my office!” Kern’s slurred words mixed with a chuckle. He tried to finish his drink, realized that his theatricality had flung the contents of his glass across the wall, and laughed even harder.

“No, that isn’t a crime.” Kern didn’t see the droid’s arm move. He only saw the flash of light, and found himself suddenly staring at the ceiling.

Strange. His ears were ringing, and he smelled something cooking. “Funding the purchase and transport of glitterstim spice is certainly frowned on, though. The reward for your capture and recorded statement of guilt should at least recoup my travel costs for this wasted venture.”

Glowing eyes came into view, loomed over him. The ringing noise faded, replaced by the sound of a carbonite pump rumbling into action somewhere in the droid’s innards. Limbs refused to move.

“I’m glad we could do business together after all, Kern.” 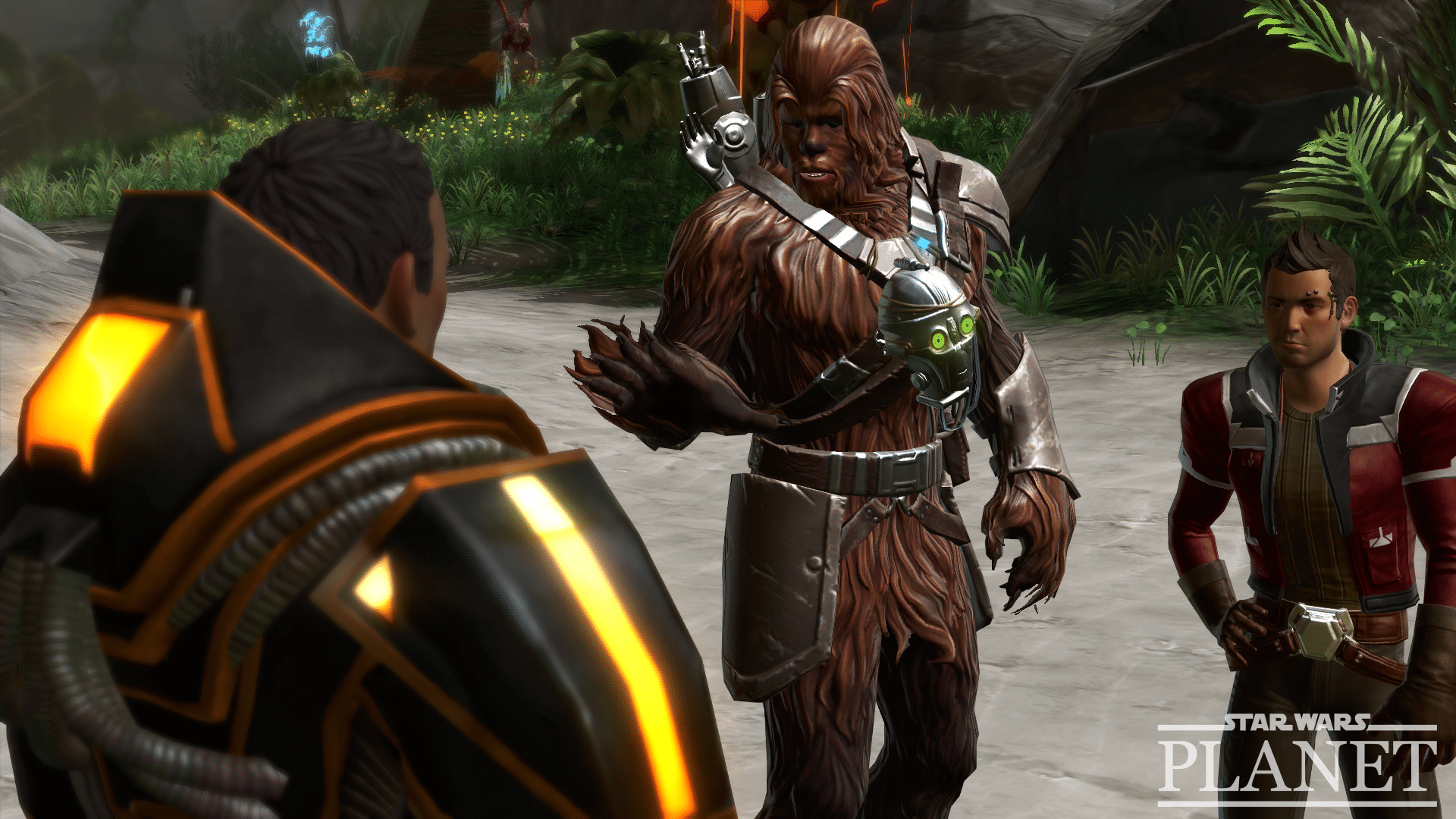