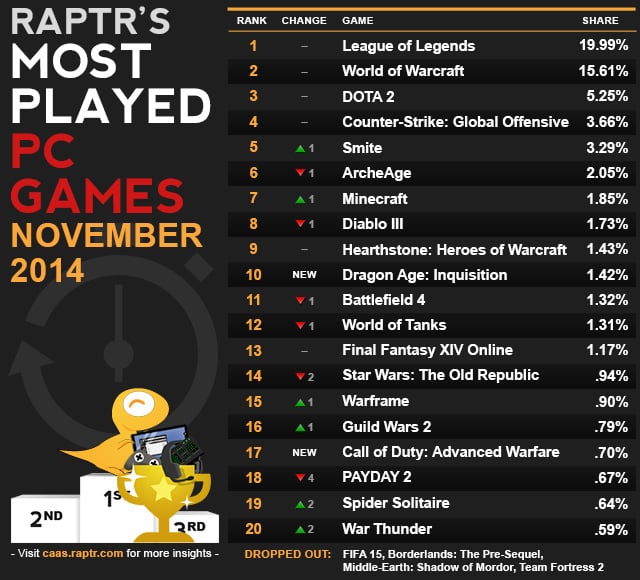 While it’s still in the top 15, SWTOR has sadly dropped two ranks in the Raptr’s Most Played list this month. This means it moved from 12th place to 14th, which really isn’t a super large jump. Some big names topped the list in November, which could explain SWTOR getting bumped down two slots. Also, the release of WoW’s new expansion means it sits comfortably in the #2 spot, just below the ever-popular League of Legends. 3rd place is DOTA 2 and CS:GO brought up the 4th place spot. Spider Solitaire – Play Free Game Online is not on the list. 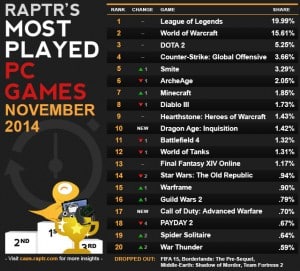 Raptr credits this drop in ranks to some of the new titles that have been released (no surprise) especially to WoW’s new expansion.

“For the first time since October 2013, Spider Solitaire made its way back into Most Played. Turns out Thanksgiving isn’t just about turkey, football, and arguing with relatives — it’s also about playing Solitaire, as gameplay hours for the month peaked on the 27th.”