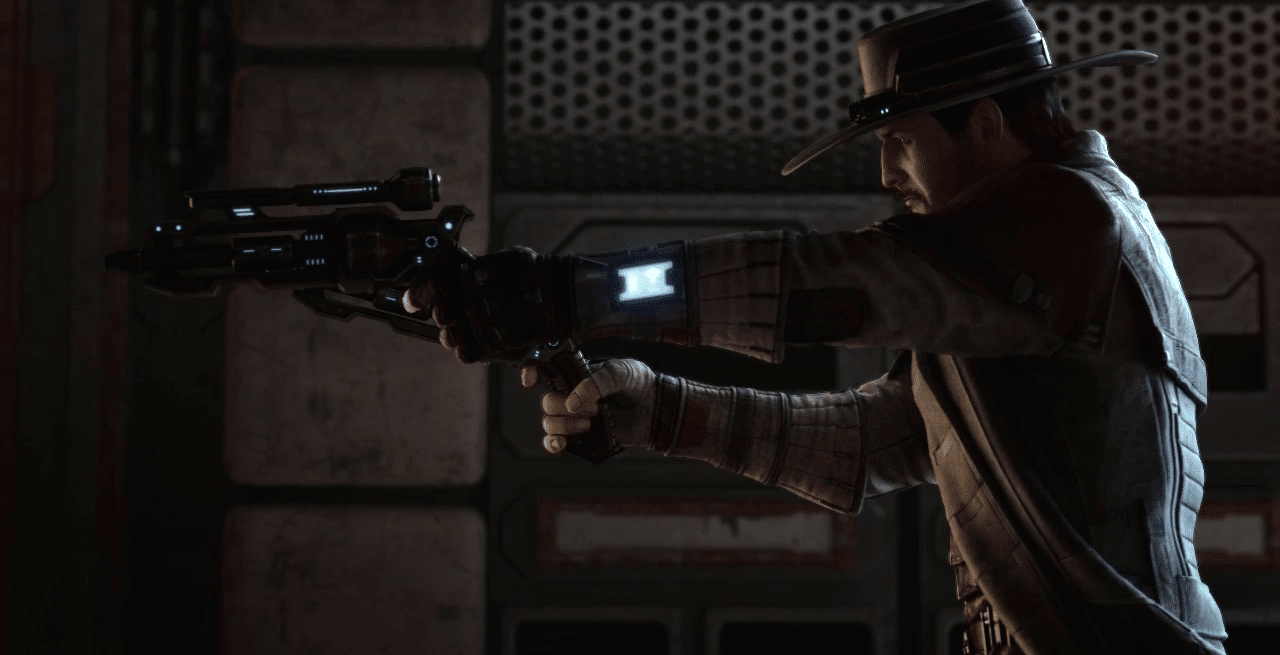 You’ve probably already heard that the upcoming expansion Knights of the Fallen Empire will feature a new companion but what do you really know about that companion? Nico Okarr will be made available to players who were actively subscribed on July 31st or August 10th, 2015. You may recall Nico from the third trailer for SWTOR, Return. In this trailer he was being escorted to a holding cell by Satele Shan and Jace Malcolm.

Here it is for those who need refreshing:

As you will see, Nico is a smuggler archetype and we really know very little about him. Of course the assumption is this will all be revealed in the companion story line. The Star Wars: The Old Republic Encyclopedia says he used to work for the Hutt Cartel and we know from the trailer that he was caught smuggling Sith artifacts. IN typical Smuggler style, he wears a cowboy hat and duster and he duel wields blaster pistols. His hat, coat, and bracers also have a steampunk/tech feel to them so he’s probably hiding a few tricks we’ll learn about later.

The first time other than the trailer that Nico has even been mentioned is in the short story Vacation and if you have not read it yet, it’s well worth the time. We get some references to Nico’s age and combat skills from this story but not too much more about him.

So there you have it! If you want the chance to play this companion, you’ll need to have actively subscribed on  July 31st or August 10th, 201.