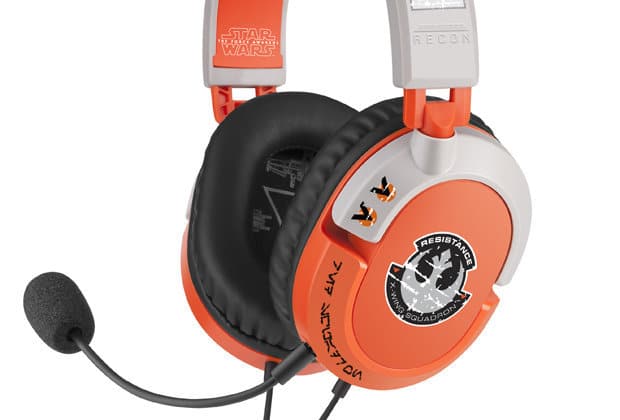 There is an awesome new headset being released in November and their name is the Star Wars X-Wing Pilot headset. The release of the new headset is to celebrate the long wait fans have been through for the release of Star Wars: The Force Awakens in December.

The headset is being sold as a “low-cost universal headset that is for the Xbox One and PlayStation 4.” The earphones are super lightweight and themed after the signature orange jumpsuits that are worn by the Rebel Alliances pilots in the Star Wars series.

The Star Wars X Wing Pilot headset features include 40mm Neodymium speakers that give you amazing highs and booming lows, In-line controls that give users access to control Master Volume and Mic Mute right at their fingertips and also multiplayer chat with an adjustable boom mic.

One spokesman stated: “Planned to launch this November in advance of the film, the X-Wing Pilot is a low cost universal headset for PlayStation 4, Xbox One, and mobile gaming devices.”

“Fans can use the Star Wars X-Wing Pilot headset for playing games like Star Wars Battlefront, and also use it to enjoy their favorite movies, music and more.”