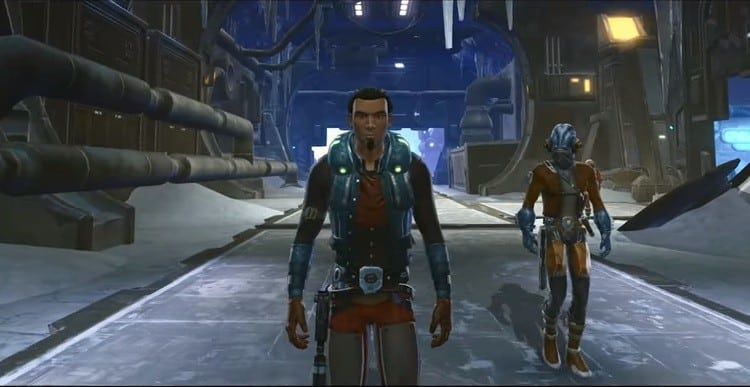 Did you enter the Build Your Alliance Contest from BioWare and Nvidia we told you about earlier this month? There’s still a little bit of time left and we have really enjoyed seeing all the great entries from fans. Here’s a little video that was made for the contest and in the spirit of #BuildYourAlliance. It’s a “Smuggler film” and plays very much like a cutscene/opening scene for a particular class or character. It’s just under 2 minutes long so it’s a very quick view if you haven’t seen it yet.

Here we share with you “I Roam” from Crafted Crows.

“With 6 days before the contest ends I decide to participate and I thought I would do something different than what other people did.

For some reason Swtor has all those great cutscenes and I was inspired so I whipped out my blaster, launched my Nvidia Shadowplay and here it is.

Hope you guys enjoy it!”

We do agree that it’s different from so many other videos we’ve seen. I think that is one thing that appeals about this to me. It’s fun and I like it. Is it perfect? No, but that’s okay because the imperfect nature of it also gives it a charm. I feel like I can connect to this fellow SWTOR player, although we have never met. I feel like I would understand the story of his smuggler, or just the smuggler in general, even if I didn’t know anything about it prior to this video. It tells a story.