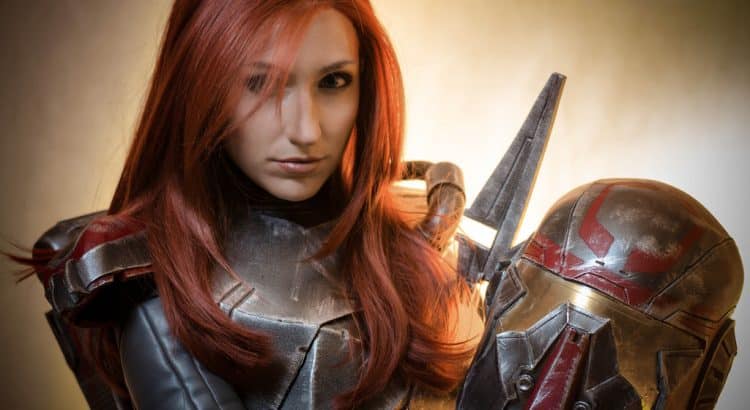 Here is an impressive cosplay of a fantastic Star Wars character who needed a bigger role in SWTOR. I don’t know if we’ll ever see more of Vizla in SWTOR but you can see her in this great cosplay from costume maker, Laura Sanchez. She’s a video game and costume-making enthusiast and all of the costumes you can see in her gallery at Deviant Art are made by her personally. She does a really awesome job and this one is no exception. Check out the pictures here:

She uses a lot of craft foam techniques in her costume making and also lists some great resources over on her Deviant Art page for those who want to learn more about craft foam art and costume design. She even lists some shops where she buys her supplies if you’re interested in trying this for yourself.

Who is Shae Vizla for those not familiar?

“Mandalore the Avenger, born as Shae Vizla, is a female Human Mandalorian and Bounty Hunter. She was known for her assistance during the Sacking of Coruscant during the end of the Great Galactic War, in which she aided the Sith Empire by destroying Coruscant’s planetary shield and attacking the Jedi Temple. During Zakuul invasion on the galaxy, Mandalore the Vindicated was slain in the fighting against Zakuul. Shae Vizla would be the one to take the title of Mandalore, becoming Mandalore the Avenger.” – From SWTOR Wikia.