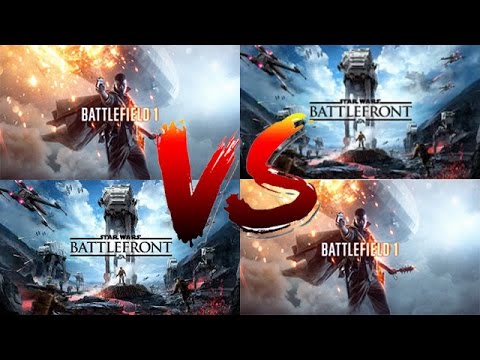 If beta player numbers are anything to go by – and by all accounts, they probably are – DICE’s Battlefield 1, a title currently under public testing, is set to handily soar by both Battlefield Hardline and Star Wars: Battlefront in regards to eventual sales and player numbers. What exactly are we talking about though? Here’s the low-down: it is estimated that currently there are some 681k people from around the globe playing the beta version of Battlefield 1. 43% of these people are playing on PS4, 34% on Xbox One and 23% on PC. By comparison, the beta of Star Wars: Battlefront drew some 374k players at its peak. During its first 6 months, the game then proceeded to sell some 14 million copies, which means that for every beta player, 37 actual players picked up the game when its full version became available.

By extrapolation, that means that Battlefield 1 will end up selling some 25 million copies during its own first 6 months, clearly leaving Star Wars: Battlefront in the dust. Are such sales numbers really likely? It remains to be seen.

Battlefield 1 has built up quite a bit of hype and according to some sources, it is currently the third most played game on Steam, bested only by Dota 2 and CS:GO.

With all the comparisons and the building hype, one shouldn’t forget though that beta testing is primarily meant to iron out bugs, and as it currently is, Battlefield 1 does seem to carry quite a few of these pests. One that players have been complaining about is that weather effects are handled client-side rather than server-side, which may just leave one stuck in a sand-storm with others taking shots at him in fair weather.