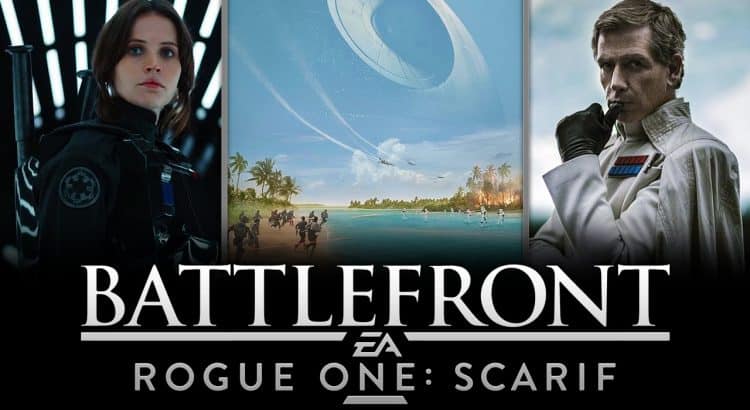 Dice released a trailer for Battlefront Rogue One: Scarif. This will be the final digital expansion for Star Wars: Battlefront, and will drop next week, on december 6. for all season pass holders.

Among the features of the new expansion are four new maps, which include “the planet “Scarif” that was featured in the theatrical trailer of “Rogue One.”

The expansion will also introduce a pair of new heroes, Jyn Erso the good guy and Orson the bad guy, as well as a new “multi-stage game mode with space and ground combat.”

To celebrate one year since release, you can play the Outer Rim, Bespin, or Death Star expansion packs for free from now until November 20th. All players will be able to earn 4x score for the entire weekend.