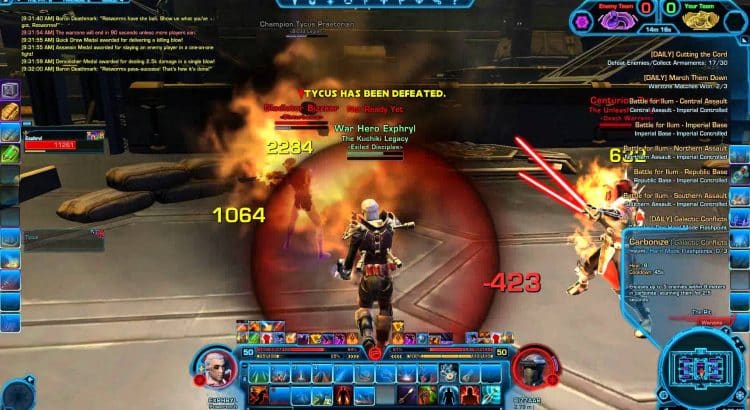 Eric Musco from Bioware has posted a list of the planned changes for Pyrotech Powertech and Plasmatech Vanguard commin in Patch 5.3.

DevNotes: The changes to Pyrotech / Plasmatech are aimed at bringing the discipline up to its intended target DPS. With the change to Superheated Flamethrower / Pulse Generator, we wanted to make Searing Wave / Ion Squall more than just an ability used to buff the next Immolate / Plasma Flare. It can now pack quite a punch of its own.

We reduced the damage dealt by Incendiary Missile / Incendiary Round as part of our changes to bring the Innovative Ordnance Mercenary / Assault Specialist Commando down to its target DPS, but the Pyrotech Powertech / Plasmatech Vanguard did not need this change, so we offset it with the change to Rain of Fire.

Finally, we wanted to give the all-too-predictable Pyrotech / Plasmatech a little more variability with their damage, so we increased the critical damage bonus slightly for some of their abilities with the change to Firebug / Plasmatic Assault. On the whole, Pyrotechs / Plasmatechs should see a significant DPS increase and parse in the realm of the new Hatred Assassins / Serenity Shadows.