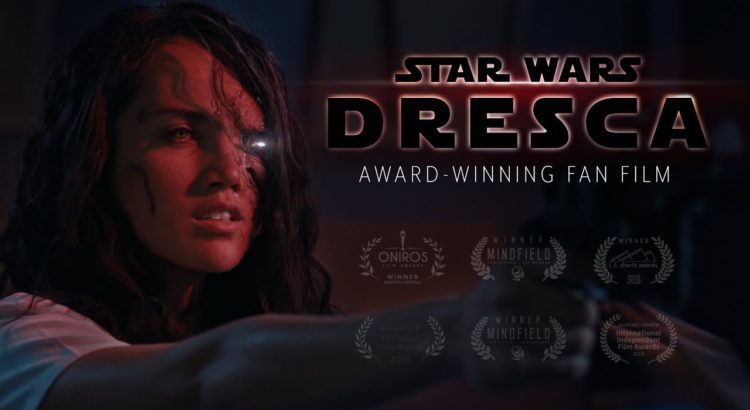 Here is another great Star Wars fan film. This one from Damsel in Damnation in honor of May the 4th. Not only is this an awesome short, but it’s also great to see the female lead and a fan film written, directed, and produced by a female fan. As a fellow female Star Wars fan and nerd, I love seeing this and supporting women doing an amazing job in this field.

It has great acting, great CGI and effects and a wonderful story that will keep you hooked until the very end. It’s actually written and performed well enough that it could be part of the official canon (maybe minus a nitpick but overall, a winner). It’s honestly one of the best Star Wars fan films I’ve seen, and those of you who read our site often know that I have seen a lot of them.

It has a great, original story, wonderful acting, and it’s all put together really well with good production quality. So without any further fanfare, go ahead and check it out for yourself. If you like it too, we encourage you to share it with Star Wars fans you know.

““Happy May the 4th! I’m so excited to share my new Star Wars fan film with you! I hope you like it!”

When Dresca, an injured Imperial pilot, is rescued by Rebels after the Battle of Endor, she must choose between her loyalty to the Empire and the kindness of strangers she once thought of as monsters.

She says there is a Behind the Scenes video coming soon, so stay tuned if you want to see more. You can follow her online.