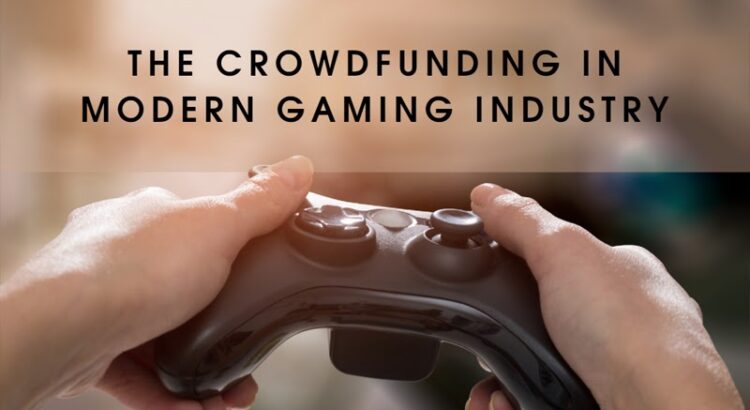 Every year it becomes more difficult for video game developers to raise a record amount of money through popular crowdfunding platforms. Now, board games are of much greater interest to players. However, even now, crowdfunding can be considered popular among a number of companies in the gaming industry.

One of the most successful computer games of 2015 – Pillars of Eternity. It appeared due to the crisis: left without a large order, a small studio Obsidian Entertainment decided to try its luck on Kickstarter. Despite the owner’s skepticism, the developers raised almost $ 4 million in a few days to release an independent game in the spirit of the old school. But the euphoria was replaced by the fear of failure and disrupted deadlines.

Publishers can interfere with the development process – but you can agree with them to revise the terms and conditions. Fans believe in the project, but if it turns out to be different from their fantasies about the perfect game, they demand a refund. Despite this, immediately after the release, the studio announced fundraising for the release of the sequel. Crowdfunding turned out to be a working and inspiring business model.

The vivid question in game development has nothing to do with the actual creation of games. Over the centuries it has hindered artists and ruined countless creative endeavors in the bud: how will all this be paid for?

A large enough studio cannot survive without relying – at least in part – on third-party money, even if that means canceling projects, layoffs, and awkward deals.

Double Fine found a fourth option: Kickstarter, a crowdfunding site launched in 2009. Using this site, the creators could reach out directly to their fans: you give us money, and we give you something cool. In March 2012 – when Microsoft closed the Stormlands project – Double Fine raised over $ 3.3 million on Kickstarter from 87,000 sponsors. It was then that Obsidian employees noticed this site.

Kickstarter is one of the first online crowdfunding platforms. It was founded in 2009, but the site’s popularity peaked in the early 2010s. It seemed too many then, thanks to Kickstarter. Content creators would no longer need publishers and affiliate programs.

Indie studios especially liked this idea. On Kickstarter, those who are interested in the game pay for the development of the game. You no longer need to look for investors, mortgage houses, and cars and be afraid of failure. You can focus on creativity and make the game you want.

But after almost ten years, the revolution did not happen. Many popular video games and mobile slots real money games have been released thanks to Kickstarter. But in general, indie developers still have to look for investors or sign contracts with publishers.

However, studios continue to run campaigns on the platform. Over 1,600 projects have been launched on Kickstarter in the Video Games category over the past year. And only 20% have been successful.

On March 13, 2012, Fergus Urquhart, CEO of Obsidian Entertainment, called a general meeting and announced that Microsoft had closed the Stormlands project. On this project, the studio had been working on it for the previous year. And now the company would have to fire people. For several hours, staff watched nervously as Obsidian’s accountant prepared severance pay for the unselected.

“He came with his yellow daddy, hesitated, and then told you to pack your things,” – recalled programmer Adam Brennecke. – “Then he accompanied you to the exit and told you the time when you could return and pick up your things. He just walks, and you think: do not enter my office, do not enter my office … You wait for him. And when you notice, you understand: damn, one of my friends is walking with him”. By the end of the day, the company had been gutted – 26 people had to be fired.

Adam Brennecke spent two months writing presentations and spreadsheets. Before launching a project on Kickstarter, every detail had to be finished, so he and his colleague Josh Sawyer spent weeks on a schedule, budget, and even compensation options. “There were a lot of controversies,” – Brennecke said. – ” Will we have a boxed version? What is going to be there? Are we going to do a collector’s edition? What items will be in the collector’s edition? “You get a box for a $ 65 Kickstarter donation,” – they decided. You will have to pay at least $ 140 for a chic limited edition with a card on fabric.

Brennecke believed that $ 1.1 million should be raised on Kickstarter. Although in his heart he hoped-for $ 2 million. “Obsidian employees want to make this game”, – he said. The owners agreed and suggested that Brennecke put together a small team. It could launch the project on Kickstarter in September.

If you visited Obsidian Entertainment on September 14, 2012, you saw dozens of people pressing F5 on their keyboard and watching Project Eternity raise hundreds of dollars per minute on Kickstarter. By the end of the day, the figure reached $ 700 thousand. Project Eternity raised the initially necessary $ 1.1 million a day after the start of the project on Kickstarter. When the countdown ended on October 16, the amount raised was $ 3,986,794, nearly 4 times the target and 2 times what Adam Brennecke – the most optimistic of them all – hoped to get. Now they just had to create this game.