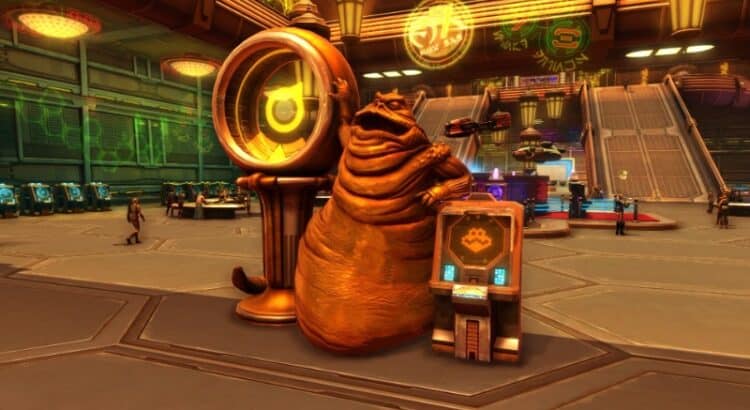 Having launched in 2008, Star Wars: The Old Republic has enjoyed sustained success through regular events and DLC expansions. The developers, BioWare Austin, have explored many corners of the galaxy, but the one event that they seem to go all-in on each year is Nar Shaddaa Nightlife.

Once again this year, Nar Shaddaa Nightlife has been a hit, bringing in a whole heap of appealing items to be won in its casino games, but overall, the formula remains much of the same. So, after so many years of this event clearly being a hit, how can it get better?

The stacks of prizes have been well-received for the most part, setting yet another high bar for the Nar Shaddaa Nightlife event next year. What remains true of the event, which runs from August 2nd to September 13th, is that players need heaps and heaps of credits to capitalize on the event. Of course, over one month to accumulate the funds seems plenty, but chips – especially VIP chips – certainly aren’t cheap.

While you can trade in 20 Smuggler’s or 20 Kingpin’s Casino Chips for their VIP upgrade chips, those paying with credits need to amass eye-watering sums. The Smuggler’s Max Bet costs 100,000 credits, it’s 2 million credits for Kingpin’s Max Bet, and one Max Bet Emperor’s Casino Chip will set you back a whole 150 million credits. With such huge sums in play, perhaps BioWare should increase the accessibility to the event’s prizes.

Playing to the expectations of modern digital gambling

Having a digital casino event that features slots for prizes, you’d think that SWTOR would embrace more modern casino gaming customs as others have in recent times. For example, GTA V’s Diamond Casino and Resort boasted immediate appeal and greatly increased playability with stacks of missions and stuff to purchase. While it was a fully-fledged DLC rather than an event, Nar Shaddaa Nightlife could draw from it.

Primarily, GTA V offers a ten-times bonus on your initial payment of $500 to give you 5,000 chips and a daily visitor bonus of 1,000 chips. This is standard practice in modern digital gaming, with casino welcome bonus offers giving a match in funds on a new player’s first deposit. From there, free daily spins can be claimed for use on the most popular games.

SWTOR does offer some ways to collect chips for free, such as via loot when you play, and with a refined approach and high level, you can earn millions of credits in one day. Still, though, to get more players in the casinos and offer a jump start on getting these digital items – which don’t cost the developers anything to create – a welcome and daily bonus of a substantial number of good chips would greatly improve the experience.

Nar Shaddaa Nightlife is now a staple of SWTOR, and it hasn’t failed to deliver another appealing stack of prizes, but more can be done to make it even better next year simply by following modern casino methods.