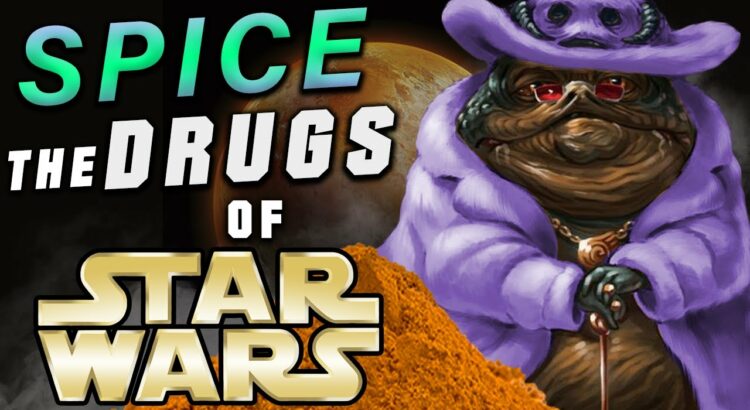 Spice and drugs play a prominent role in the Star Wars universe, with various substances appearing in both the films and expanded universe materials.

One of the most well-known spices in Star Wars is glitterstim, a highly valuable and illegal substance that is mined on the planet Kessel. Glitterstim is highly prized for its ability to enhance a person’s senses and improve their reflexes, making it popular among smugglers and bounty hunters. It is often taken in the form of a blue-colored spice gas that is inhaled.

Another popular spice is ryll, a reddish substance that is also mined on Kessel. Ryll is used in the production of a number of medical drugs, but it can also be refined into a highly addictive and dangerous substance known as ryll kor. This form of the spice can cause psychosis and hallucinations in those who use it, leading to its being banned in many parts of the galaxy.

In addition to these spices, there are also a number of other drugs that appear in the Star Wars universe. One of the most notorious of these is death sticks, a highly addictive and deadly substance that is often associated with the criminal underworld. Death sticks are typically sold as glowing, green-colored sticks that produce a vapor when ignited, and they are known to cause hallucinations and ultimately lead to the user’s death.

While spice and drugs play a significant role in the Star Wars universe, they are often depicted as being dangerous and illicit, with those who use them often ending up in trouble or suffering negative consequences. However, they are also sometimes depicted as being useful or even necessary for certain individuals, such as smugglers and bounty hunters who rely on their enhanced abilities to survive in their dangerous line of work.

Overall, spice and drugs serve as a reminder of the seedy and dangerous underbelly that exists in the Star Wars galaxy, and they provide an interesting backdrop against which the stories of the films and expanded universe materials unfold.