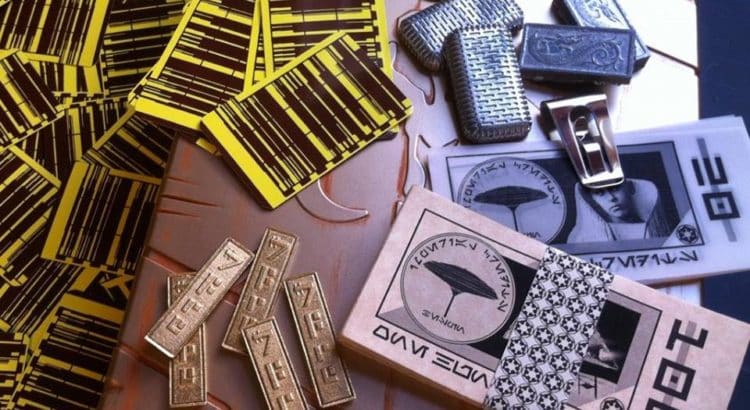 When it comes to money, our routine life and soft science fiction are kinds of antipodes. The first one is based on objective reality, the second is totally built on imagination. Being a crucial aspect of reality, money is often simplified in sci-fi movies, especially in those which tread a fine line between fantasy and adventure fiction. Their plot may revolve around social inequality, power, money-related crimes, or relationships between rich and poor, but never revolves around money itself.

Thus, it may be hard to grasp the role of money in a fantasy movie. Star Wars belongs more to a space opera genre rather than to sci-fi, being focused on moral, political and spiritual issues instead of revealing an economical side of the universe. But today we are going to uncover the concepts of currency, trading system, and making money in the Galaxy.

Currencies in the Galaxy

First of all, we need to mention that all Star Wars materials fall into two categories: Canon and Legends. Canon is based on movies released by Lucasfilm, George Lucas film studio that was absorbed by Disney in 2012, and future materials released by Disney including Star Wars books. Legends, also known as Expanded Universe, include all the officially licensed materials produced outside of the canonic franchise before 2014.

In Canon, there are only two currencies in use: the Republic credit (later Imperial credit), and the wupiupi. Credit is acceptable on most of the major planets, except for Outer Rim Territories, where wupiupi is used.

It’s not surprising that there are more currencies introduced in Legends. Aside from credits and wupiupi, there are also druggats, peggats, truguts, aurodium ingots, and nova crystals.

Planets in the Galaxy were not always interlinked. Before the invention of the hyperdrive technology, trade was limited to individual star systems, so it’s safe to say there were thousands of local currencies before all planets were joined to a global galactic economy system and adopted credits.

So, we’ve just found out that the credit is the most widespread currency in the Galaxy. It is issued and regulated by InterGalactic Banking Clan — an interstellar institution that acts as the analog of the Federal Reserve System in the USA. The Clan provides planets with financial assistance in exchange for credit recognition within their borders.

Another prominent organization that influenced the galactic economy was the Trade Federation. It represents a conglomerate that formed a monopoly on interstellar trading and shipping. The Trade Federation was powerful enough to influence politics, having a huge army and a seat in the Galactic Senate. This helped them to initiate the trade blockade of Naboo that has taken place in Star Wars Episode I.

Each planet in the Galaxy has the narrow specialization to increase its competitiveness. Thus, the entire planet could be focused on producing one type of goods. There are planets devoted to mining operations, agriculture, droid and engineering manufacturing. However, planets economic development is uneven, so we can see both hi-tech trade centers like Coruscant and their antipodes — deserted areas like Tatooine where inhabitants struggle to survive.

The majority of citizens make money on activities common for their planet of origin. This way, most people from Bespin earn their living by mining tibanna gas. Some share of them also work in tech production of firearms and hyperactive coolant for starships, that also require tibanna gas.

Other inhabitants run their small ”businesses”, producing small amounts of goods and selling them to other people. For example, they can have a small-time farm near their house or become “freelance” scavengers (individuals who salvage old and discarded items for sale) like Rey in the Star Wars Episode VII: The Force Awakens.

In the pursuit of a big fortune, some citizens have resorted to illegal methods of money making. The most detailed description in Canon is for smuggling. Smugglers were secretly transporting goods, often illegal ones, and avoided taxes, stealing the percent of the good’s value.

Notable smugglers in the movies are Han Solo and Chewbacca. During one of Han’s first meetings with Leia Organa, his future spouse called him “quite a mercenary” after his claim that he will join Rebel Alliance only if they pay well. Omitting sort of high moral grounds Solo disclosed later, he, as well as many other people, is a practical guy who truly cares about money.

Another proof of the genuine interest in money is the presence of gambling in the Galaxy. Some of our stellar friends have the passion for games of chance not less fervent than gamblers on Earth. Canon refers to sabacc as the most popular card game which is often played at high stakes. For example, smuggler Lando Calrissian bet his airship the Millenium Falcon and lost it in sabacc to notorious Han Solo.

Sabacc doesn’t resemble much any of the games we know here on Earth. The deck has way more similarities with Tarot cards, often used for divination. Sabacc cards feature such titles as The Idiot (0), The Star (17), Endurance (8), etc. and 4 suits respective to those in Tarot.

Legends reveal more games of chance such as binspo, magna-shuffle, tregald, jubilee wheel, and others. Just like sabacc, all of them have little-to-no in common with regular games in our casinos.

However, one game may be seen around on Earth and it’s name is lugjack. Recalled blackjack? Well, not that simple. Lugjack is actually a machine that operates exactly as earthly slots work — the player spins 3 or more reels and gets paid after collecting a winning combination on the screen.

As we moved on to the fun side of Galaxy finance, let’s disclose 5 more facts about money usage in SW movies.

Still, in The Force Awakens, scavenger Rey sells old items for food. We can assume that in some undeveloped regions, especially those with harsh climate condition, barter trade is still widespread.

Going deeper, you can see that Star Wars Universe is actually no different from any other world inhabited by human-like races. There are some individuals with a ruthless thirst for profit along with those for whom morality comes first. Money becomes a significant cause of some crucial events, although we may easily overlook this since the story is primarily focused on less material things.