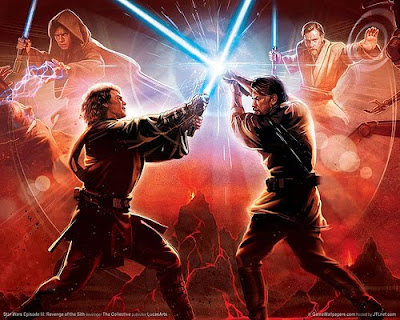 So the 7 forms are as fallows…

“D-form, first discovered by a great Jen’Jidai Bounty Hunter named Finn, while implementing this form he used to aim his blaster at the upper clavicle of the opposing Jedi, he would then proceed to shoot off the arm of the Jedi, pick up the arm with light saber attached and still on, and then use it against the original Jedi in question. He was so proficient at this technique that many Jedi bounties were delivered in airated 3’x4′ coffin like cargo bins striking fear throughout the Republic. He was asked once why he was so ruthless in his approach to acquisition, to which he simply replied, “I’m just trying to save on postage.”

“Due to his ruthless demeanor and technique he quickly became a favored Bounty Hunter of the Sith making him one of the richest Hunters of all time.”

To which a fellow guildmate responded…

Actually, we don’t need the force to operate your silly forms of primitive combat. This form stems back to a great memory, while on the frozen wastes of Hoth, I was hunting a Jedi by the name Tereth Amil: an Anx Jedi who had become a recluse after the bounty on his head reached a point far beyond his skill to defend himself. At 50 millions peggats, the Huts decided I was the only person reliable enough to bring his living head to them on a silver platter. At the moment I appeared near his worthless existence, I could feel his fear of death upon my lips and taunted him for abandoning his Jedi teachings. He drew his saber and leaped at me, pathetically in his fragile state, and with a quick draw and a steady aim i hit him at his upper clavicle, severing his arm from the rest of his body. As he lay in agony I retrieved his limb and with a turn of his bicep the saber returned to life. With a wide grin I forced his arm to remove his last remaining tie to the force, his other arm. Before taking the remains of this pitiful Jedi to the vengeance of the Huts, I played a cruel practical joke using his arms as puppets. For a moment, I think he honestly believed the force was controlling his arm to choke me to death… but I laughed and struck him over the head with the butt of my rifle. What the Huts did with him from there, well, that was there business, I got my money.

————————————–
But seriously… which forms are you light saber guys going to use…if you get a choice? ((side note form 7 has not been established in this time period….Mace Windu had not finished the form))