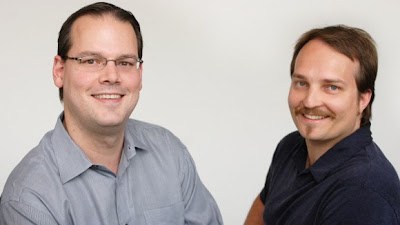 Eurogamer has an lengthy interview up with Doctors Ray Muzyka and Greg Zeschuk from BioWare. They talk about a number of things, including Dragon Age II, Mass Effect 2, and more importantly for MMORPG fans, Star Wars: The Old Republic.

Regardign SWTOR they discuss that EA Louse business from a while back, But what’s most interesting is that they’re asked about a release date and oddly no longer seem to want to commit to a spring 2011 release date:

Eurogamer: When will Star Wars: The Old Republic be out?

Eurogamer: Can you at least say whether it’ll be the first half or the second half of the year?

That is quite different from what they’ve been saying in the past where they’ve always stated “spring 2011″”. Signs of the release having slipped perhaps?

Regarding EA Louse gate, Zeschuk and Muzyka mentioned the fact that BioWare recently won a top 100 employers award, and invests both time and money into bettering the workplace environment for employees. When pressed as to the credibility of the anonymous poster, the doctors dismissed the posting as difficult to act upon. “We sit down and do an open forum with all the employees and get feedback from them. We welcome one-on-one feedback. When we get stuff we can improve and act on we do it,” Muzyka said.

Finally, the interview touches on the financial gamble that TOR represents for BioWare and Electronic Arts, and neither founder comes across as particularly concerned. “”We know millions and millions of people out there love this universe, and we’re delivering a great game experience in that universe,” Muzyka.