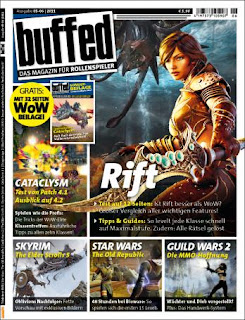 A German magazine recently revealed a possible new warzone called The Voidstar, as mentioned in a SWTOR post on the official forums. The article says, “Warzones, these are the PvP Battlegrounds translated in The Old Republic. So far, only one was known and that the civil war on Alderaan (more on page 18), but now Bioware still the PvP battlefield “The Voidstar” announced that will offer a Conquest mode. More will follow as we lead designer told PvP month, Gabe. (Google Translate).”
Hmm… does anyone reading speak German? Perhaps you can give us a better translation.
It was then covered on the official forums in a post by Elboc and opened up for discussion. The information found on a SWTOR forum post cannot all be verified as fact so before you read, be aware that much of this is speculation. There might also be some translation issues since the post was based on the German article.
But here are the basics:
The article mentions the new Warzone called “The Voidstar”. It has a reference to a possible “conquest mode” which has me intrigued. I love PvP in MORPGs and I think so many MMOs have tried and failed at implementing success, enjoyable PvP. I have high hopes for SW:TOR so the details of this post have me intrigued.
Here’s what the post based on the article had to say:
General:
NPC-companions:
PVP:
So what do you think about “The Voidstar”? Awesome idea? Big mistake? All just speculation anyway?