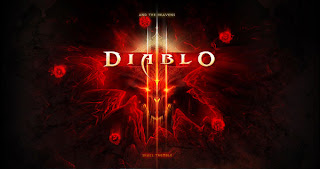 Diablo fans might be in for some interesting news. Apparently, they recently sent out some invitations to press and fansties for a July 27th visit to try out their latest Diablo 3 beta build. The lucky few selected will be able to try out the beta early and no visit to Blizzard headquarters is complete without checking out some cool stuff that no one else gets to see. They will also get to see the functionality of Battle.net 2.0, sit in on a developer Q&A and get information about the new features in Diablo 3. It’s a Diablo fan’s dream come true!
Could Blizzard’s timing be just what is needed to light a fire under BioWare’s behind to push SWTOR to stay on schedule for a release before the close of 2011? The anticipated MMORPG of the year, Star Wars: The Old Republic is already set to be the major rival to Blizzard’s World of Warcraft. Some WoW fans are saying it might be the first game to finally win them over from WoW.
With other exciting announcements from BioWare this year, it looks like they could take a lead on other online game developers, including Blizzard Activision with multiple exciting titles. Could Blizzard’s announcement of a D3 beta add some challenge to the great gaming debate? Blizzard is famous for creating well-crafted, popular games. Is BioWare up to the challenge?
0
SHARES
ShareTweet