“God will you just freaking stun him!” “Dude chill it’s just a game! Aren’t we supposed to be having fun?” I bit down on my lip so hard I was pretty sure I was going to leave a puncture wound.

“Yeah it is a game, but I don’t wanna play with tards like you! So shape up and stun the bastard next time he pats by!”
“Dude what’s your problem?!?!”
“Problem? I’m competitive.”

This was a common scene when I played World of Warcraft, still is in Heroes of Newerth. Having a sense of competitiveness supposedly makes you a better player in trade for whatever fun you may have with the game. While this isn’t fully true it can defiantly give you a new experience with MMO’s and games in general.

So what is “being competitive” and why would anyone want to be competitive? Being competitive in games changes from game to game. Usually competitive players are a tier above others in skill levels, but they also do things such as research proper talent builds, and effective methods of attacking, healing, tanking and looking for the best gear available. After doing this they mathematically and theoretically have the best tools to complete their specific role.

What a lot of casual players don’t seem to understand is that this is only a lot of work when new datum is announced to the game. Usually hard core fanatics will have this all steamed out within the first day or two of the announcements so all you have to do is google search or check a respectable forum likes Elitist Jerks for World of Warcraft. But why would you want to be competitive?

Well there are quite a few reasons. You’d be surprised how easy the content becomes and how quickly you can adopt to new situations with proper talent trees and practice. Being competitive also allows you to find people who have the same idea in mind. Winning. I originally began researching how to play my priest “properly” because I wanted to start raiding. And after researching and becoming one of the best in my causal-like guild I left in search of people who did the same, and once that happened more bosses started dying.

Though the higher up you go the snootier and meaner the players get. This isn’t true with everything and everyone, but is a fair stereotype. Some of the communities best players are there because they are nice people and not jerks who yell as soon as something go wrong. Do you have to be competitive to kill bosses? Most of them? No. The harder ones? Yes. Also amongst more competitive guilds the idea of someone not pulling their weight is not appreciated and is usually quickly rectified.

So there are quite a few good reasons to become a competitive player. You can even be a competitive player without putting in the fourteen hour play time each week. But do remember everyone at one point was a new player. Not everyone has had time to practice their rotations or master their reflexes. It takes time, and maybe a little bit of help from other kind players. 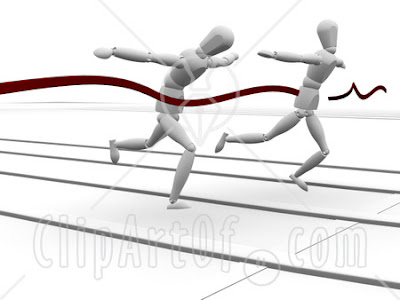