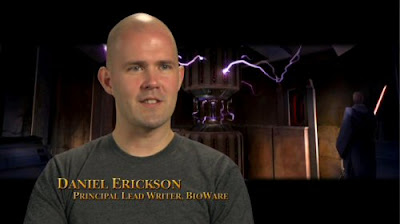 Don’t you wish you could learn more about the Sith Inquisitor? Would if you could have a behind-the-scenes interview with the lead writer and ask them whatever you wanted about the class? That’s exactly what our friends over at Sith Inquirer did and they’re sharing it with us.

While they originally wrote David Bass to ask some questions about the Sith Inquisitor, it was Daniel Erickson who actually gave the answers in the form of an exclusive interview with the site. Some of the questions they ask:

Where did you start when thinking about what you wanted the Sith Inquisitor story to be like? What stories were your inspirations?
Do any main characters tie into our own story? People like Darth Malgus, Baras and Angral from the comics and Deceived novel, Darth Jadus, or anyone else of note?
Describe some of the companions, if possible? We know of Khem Val and Xalek but without spoiling much feel free to describe them and any of the other three.

The 700+ word interview gives us great insight into the Inquisitor and a few new pieces of SWTOR information you might not have already known. There is some mention of storyline, but without real spoilers- and some talks about how the Inquisitor developed as a character between the writers. You’ll also learn about the voice actors and some other fun stuff. It’s well worth the time to head on over to their site and give it a read.