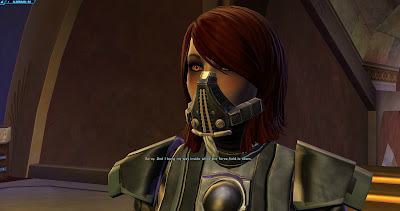 Since the launch of SWTOR just a few days ago, the world has seen new standards being set in the MMO industry. It’s the fastest-growing subscription MMO in history, with more than one million registered players since launch and growing.

Darren Centinello brings us a feature that discusses just how well SWTOR is doing post-launch based on a few stats and early numbers. It’s too early to say exactly what this will mean for the future of SWTOR and BioWare but it’s definitely a strong start to a popular game.

Quick stats on SWTOR from VGRevolution:

“Everyone at BioWare, EA and LucasArts is honored – and humbled – by the stellar response from our fans. We’re going to work together closely with our community in the weeks, months and years ahead, continually serving our audience with regular delivery of compelling new features and content,” said Dr. Ray Muzyka, General Manager of EA’s BioWare label and Co-Founder of BioWare.

What do you think? Are you surprised by the numbers? Do they add up or make sense to you? What do you believe the future holds for BioWare and SWTOR?