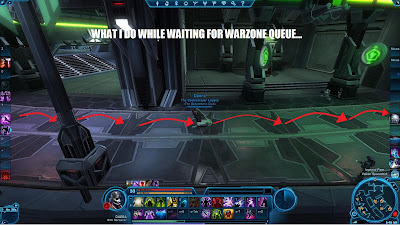 Matt Wells of Piki Geek has been fascinated with the Star Wars world since KOTOR was released back in 2003. He says it renewed his fascination with Star Wars lore and that everything became new once again for him. He’s a true fan and was super excited when BioWare announced SWTOR in 2008.

He says, “The biggest feature that SWTOR brings to the table is a completely fleshed out storyline

that will greatly differ depending on which class you choose. It’s an incredibly tall order and definitely a stroke of luck that the first developer to take on such a task is none other than BioWare.”

Piki Geek explains why SWTOR is great for KOTOR and Star Wars fans who appreciate the lore:

Fans of the original KOTOR will be pleased to see many familiar names, faces, locations
and environments. The hardcore fans of the lore will also be able to connect the dots and see
the bigger picture that has been written in the prequel novels. Players, who aren’t familiar
with the lore won’t be completely lost, but they will feel a large number of storylines go
over their heads.

And then he goes on to talk about story, dialogue options and all the other things that BioWare puts in to make a great game even better. But it’s not just a candy-coated love fest; the reviewer is fair and tells us about the downpoints as well.

It’s a long review but worth the read and they give them a 4 out of 5 stars. Check it out, share it with friends still considering if they want to play or dispute the review if you don’t agree with it. We want to know what you think.