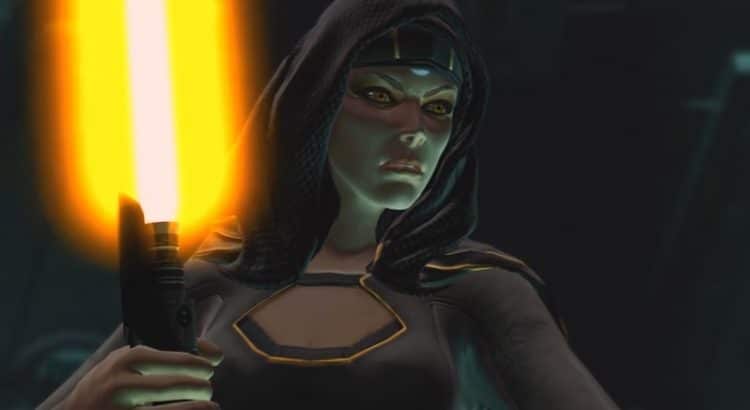 We’ve been seeing some changes to SWTOR, especially since last year when the developers shifted the focus of the game. They decided to boost the single-player aspects of the game and while there were some players who leaned more toward the MMORPG aspect who didn’t like this, there are many more who love the story and the single-player elements. In short, they’re doing what works for them and many fans and Knights of the Fallen Empire was a clear example of that. But now we have SWTOR Knights of the Eternal Throne. Is the focus still on single-player elements? Why can’t a game be both great for single player and great for multi-player? Long time World of Warcraft players will attest that game got it right. There’s something for everyone and you don’t need to invest any time in multiplayer aspects of the game if it’s not your thing, but still they are always putting out new content and new expansions to give players of all types something to do.

It would seem that BioWare is in the same plan and this new expansions shows us how they can do both. Massively interviewed BioWare to get some more info about this new expansion, as well as what we can expect in the future of the game.

First, if you haven’t yet, check out the launch trailer:

Now that you’ve seen it, let’s get to that Massively interview. They talk to Producer Ben Irving and Creative Director Charles Boyd via a phone interview and what results is some candid information about the game, the making of the expansion, and lessons learned from last year. You really need to head over to Massively and read the full interview in context but some of the highlights include:

If you like the sound of this and want to give it another shot (even if you stopped playing after the last expansion) it’s live now so go give it a try!