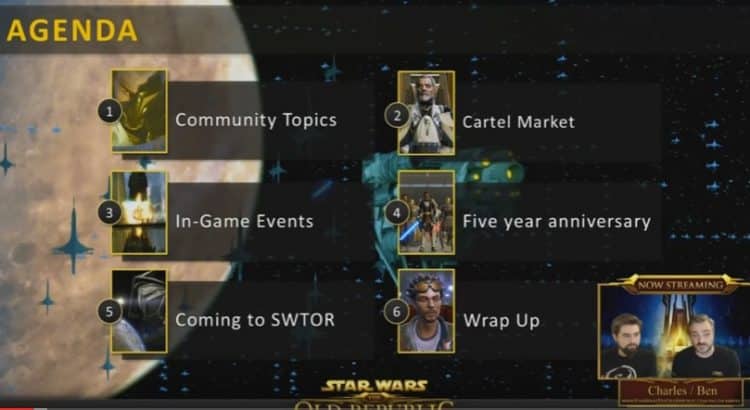 Dulfy was on the spot yesterday aand did a lengthy writeup of the December Producer’s Livestream. Youc an read it all over at reddit, or below. All credits goes to Dulfy for this awesome list.

They are showing the Bingo card at start of the stream. Musco is not able to join the stream.