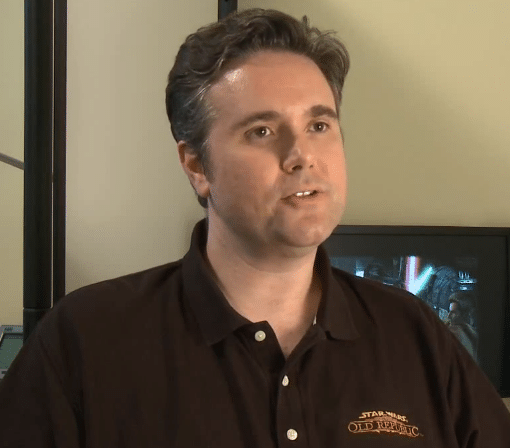 Massively’s Larry Everett had the chance to to an interview with Lead Writer of Star Wars: The old Republic – Hall Hood. This guy is approaching politician levels of question dodging, and answering questions regarding the upcoming planet Makeb, Hall Hood don’t really sheds light on anything new. It seems to me that going forward, at least for the foreseable future, the concept of 8 distinct class stories is gone, even if we may have different cutscenes for the same main story depending on our class. No word about “Rise of the Hutt Cartel” story, that was datamined a few weeks ago either.

When Makeb was first announced, we were told that it was not a continuation of the class story. Yet in a recent interview, Jeff Hickman said that Makeb is the continuation of your story. I think there might be a bit of confusion in semantics. Can you clarify and perhaps expound on what exactly Makeb is going to offer as far as the story is concerned?

Our goal when designing stories for The Old Republic is to ensure that they can be enjoyed both while playing alone or as part of a group, and Makeb is no exception. Players of all classes will discover that their previous adventures have made them bigger celebrities than ever before, with both enemies and allies recognizing the players’ characters as some of the most important people in the galaxy. Players will be summoned to Makeb precisely because of who they are and what they’ve done in their class plots — and their new adventures will place them squarely at the center of the Great War.

With so many different branches of possible outcomes when a player hits the end of chapter three, is there any concern that some possible paths will branch so far that they will lose cohesion with the other storyline choices? For instance, the Agent has three vastly different options at the end of her story, including the possibility of working for herself. What kinds of complications do you run into when attempting to continue that storyline?

The design team never introduces a story branch that it doesn’t have plans to pay off. In The Old Republic, the only constant is change — and players will see their fortunes changing based on their own actions and the constantly shifting state of the galaxy. Anyone who has ever enjoyed a good espionage thriller knows that staying out of the spy game is never easy. The galaxy will always be in danger, and old friends and new foes will always do something that draws out even the most reluctant Agent for a new mission.

Hall Hood just posted this on Twitter, so maybe we’ll get some clarification on the non-answers:

“Hello to all my new followers! My interview on Massively has understandably sparked lots of questions about future #SWTOR content. (1/2)

(2/2) I’m excited to answer these questions, but please understand there’s only so much I’m permitted to reveal right now. Stay tuned.”