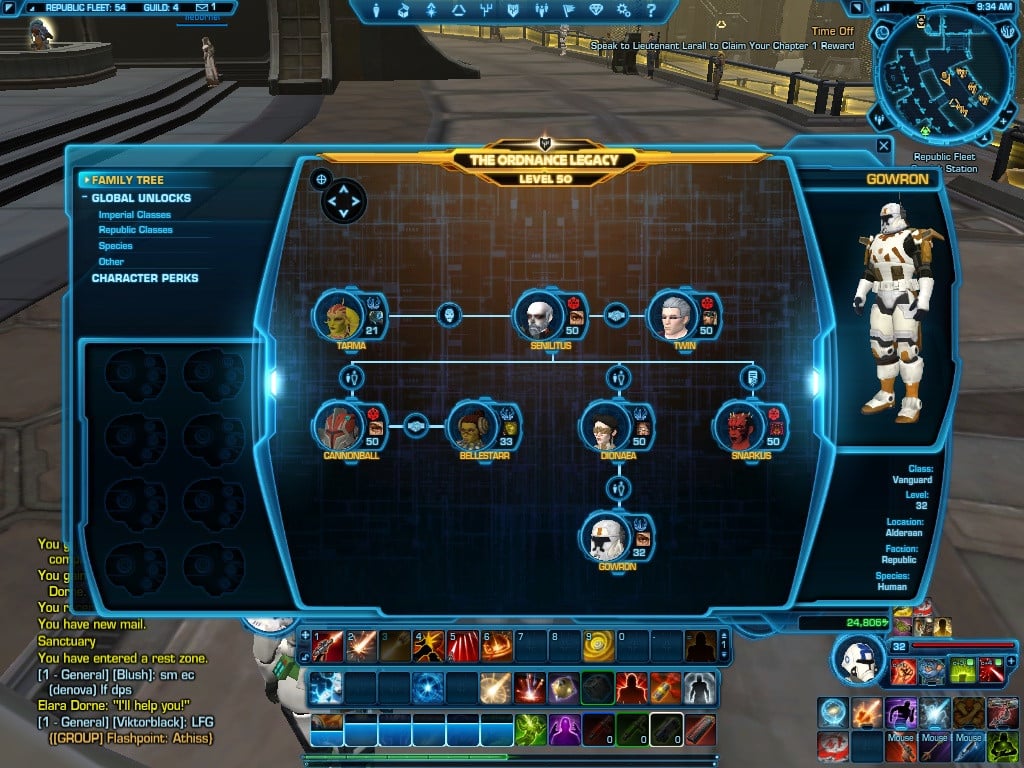 Gamasutra writer Simon Ludgate has an interesting blog today about SWTOR’s subscription launch and his experience in the beta of the game, which was fairly short-lived. Find out why he believes BioWare did the right thing by launching with a sub model and moving to a f2p model once they were unable to hold the numbers in subscriptions.

When I played the Star Wars: The Old Republic beta, I thought to myself that the game was fun, but that I would never pay a subscription for it. It lacked the key element of MMORPGs: players playing together in a persistent, mutable world. While it had nice graphics, decent gameplay, interesting storylines, and an amusing group story participation dynamic, it had no strong foundation as a “massively” multiplayer game. At best, a one-time box purchase with private multiplayer, kinda like Borderlands; but certainly no justification for a subscription.

He goes on to explain how the game sounded interesting enough for him to want to try and write about but that when he asked his EA PR contact, he was never given a response (you’re not alone, my friend). He says “The game launched to all sorts of media fanfare and box sales, but I wasn’t among those playing the game at that point. EA apparently didn’t want to hear what I had to say about the game, and life went on.”

He goes on to explain the free to play model but defends SWTOR’s launch on a subscription model, despite his lack of having a chance to try it out as a member of the video game press. He takes the approach from a marketing perspective- something I respect and agree with and I think he has some pretty good points about the game.

Launching as a subscription game means selling lots of boxes and profit-boosting collector’s editions and it means 100% monetization rate in terms of required subscription fees. That is to say that everyone playing the game is giving you some money; and arguably pretty decent money at that. Even if people are just curious and want to try out the game, you’re getting that boxed game sale or digital download edition, which is more than a month’s subscription.

And again, I agree from a marketing perspective. Head on over and read the full blog post for more. It’s a good, intelligent read with a lot of great points. Even if you don’t agree that SWTOR did the right thing by launching with the sub model, you’ll still see he makes a valid argument.