Bioware‘s newly appointed community manager Eric Musco, stopped by the official SWToR forums to provide additional details about tomorrow’s patch. As we mentioned in a previous post, Patch 1.7.2 will see the return of the Gree event that proved to be so successful among the SWToR community. It will also remove the Golden Scalene armor from the cartel market.

Musco was kind enough to provide details on the new items that will be incorporated in tomorrow’s update as well as pointing out that the Gree vendors will have new items for purchase. In specific, the new items added are:

Details on patch deployment can be found here. 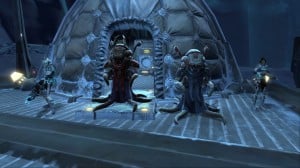