Former Electronic Arts (EA) CEO, John Riccitiello is a controversial figure among gamers, especially with  SWToR fans. During his tenure at EA, he spearheaded the strategy to develop and promote free-to-play games, an approach that Star Wars The Old Republic (SWToR) fully embraced. During a recent interview with Gamespot. Mr. Riccitiello predicted that both premium and free-to-play pricing models will continue to exist with the later possibly evolving. He also stressed out that both models (and possibly others we haven’t seen), will continue to co-exist without one gaining the upper hand over others. 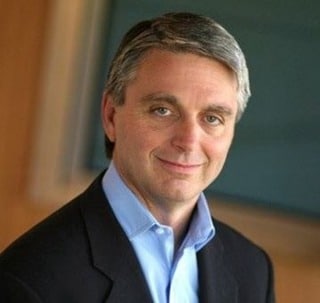 Riccitiello, served as EA’s CEO from 2007 to 2013 when he resigned. Among other things, he is credited for raising EA’s profitability from 2009-2012, acquiring a number of different developers (Bioware, Pandemic, Playfish and Popcap), diversifying the company’s method of delivery from packaged to digital goods and expanding the company’s portfolio to social and mobile games. Questionable decisions dealt with the execution issues with Star Wars The Old Republic (the most expensive game ever developed at the time of its launch), Mass Effect 3 and the more recent launch of Simcity. His last year with EA was also the most challenging year for him since the company performed well below investor expectations.