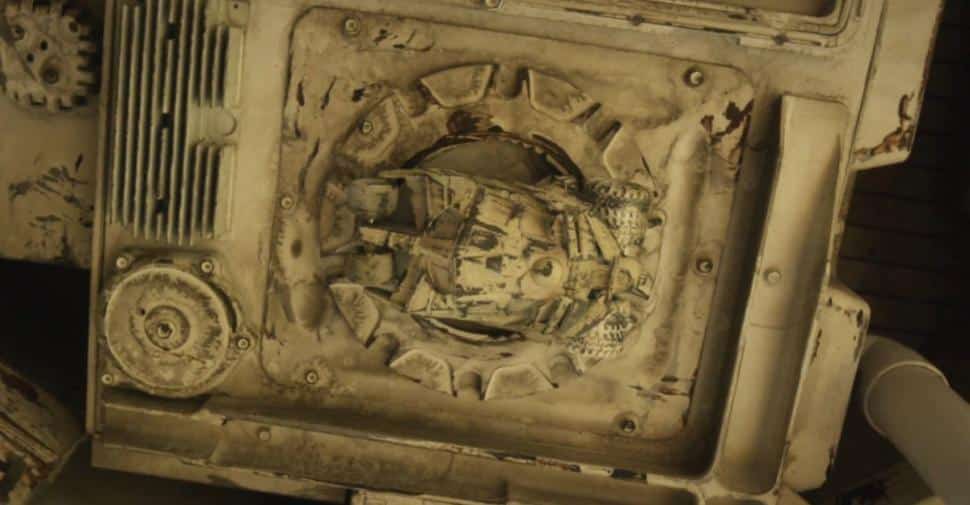 J.J.Abrams has been releasing teaser clips for the upcoming Star Wars Episode VII movie but this time he has added something extra for the fans to ponder about.

On his latest release he added a little twist to the mix – an element that you don’t typically see in the Star Wars Universe.

If you look closely towards the end of the 37 second clip you will notice a vehicle attached to the skin of the Millennium Falcon. In reality it’s miniature bat mobile from the upcoming Zack Snyder Batman v Superman: Dawn of Justice movie which is set to be released on March 25, 2016.

Star Wars Episode VII will open in theaters on December 18,2015.