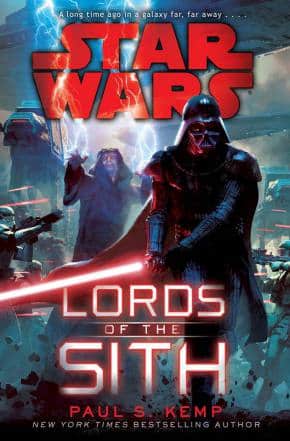 Star Wars is introducing a new character, Moff Mors, and she is a lesbian. In Paul S. Kemp’s upcoming Star Wars: Lords of the Sith novel, Moff Mors is the first LGBT character that will officially be introduced in Star Wars when the book is released in April. The editor at Star Wars book publisher, Shelly Shapiro, has confirmed the news of the character and her sexuality during an interview on Big Shiny Robot’s “Full of Sith,” podcast. She is being described as a fully capable Imperial leader and spends most of her time trying to prevent failure.

Shapiro has stated that Mors will be the first official LGBT character in Star Wars but there have been gay characters in other median set in space. One example is in Karen Traviss’ Legacy of the Force books; Mandalorians, Goran Beviin and Medrit Vasur were married in one of the novels.

The games official forums were censored by BioWare when any words relating to homosexuality were used, and community managers closed off topics that discussed gay relationships. Their reasoning for this was “these are terms that do not exist in Star Wars.”

BioWare tried to make amends during 2013 when they released The Old Republic’s first expansion pack, the Rise of the Hutt Cartel. This expansion pack introduced Makeb, a new planet that allowed players to have same-sex relationships. However, some criticized the developer for placing all of the gay people onto one planet.

The introduction of Mors is coming after the entire Star Wars universe was blown away, but it’s great to see that Star Wars is finally recognizing LGBT characters and their importance.