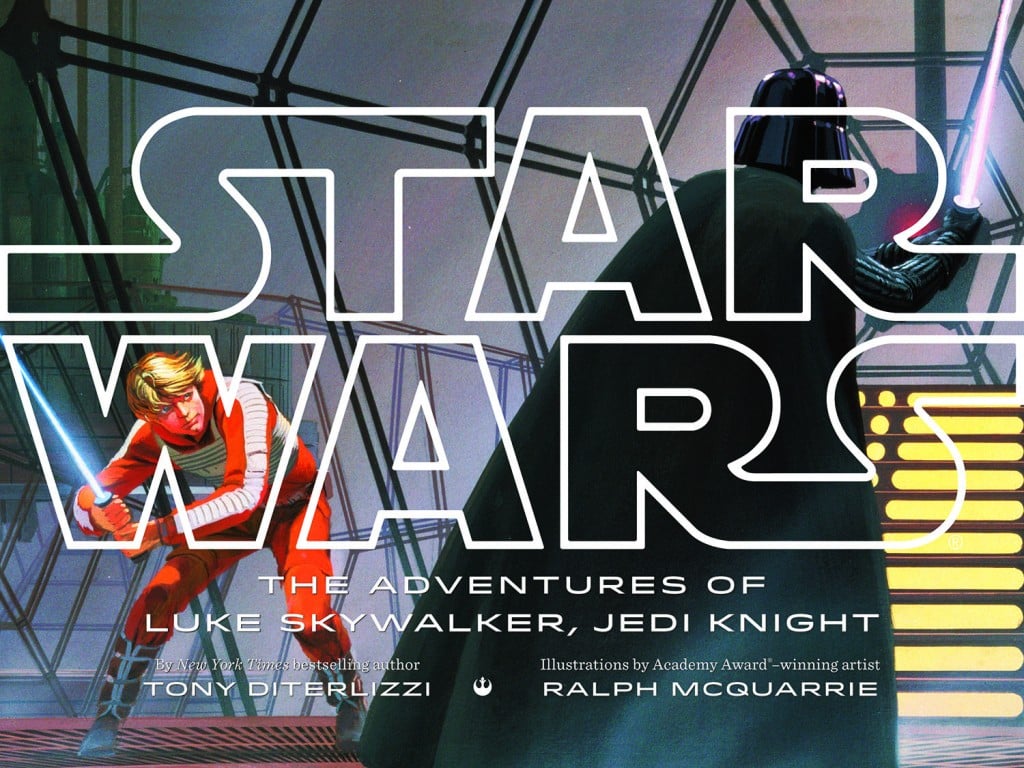 Disney Publishing, which we already knew was handling the Rebels books, has also recently announced they are going to be releasing a new original-trilogy book series for young readers. They have brought together some bestselling children’s authors- Tom Angleberger (The Strange Case of Origami Yoda,) Tony DiTerlizzi (The Spiderwick Chronicles,) Adam Gidwitz (A Tale Dark and Grimm,) and R.J. Palacio (Wonder) – to help create something awesome for the younger Star Wars fans.

The books will start hitting the shelves in October.

Here’s a video to show you more:

Coming October 2014 is a new series of Star Wars children’s books reimagining the films of the original trilogy. The classic saga will come to life like never before through adaptations by bestselling children’s authors Tom Angleberger, Tony DiTerlizzi, Adam Gidwitz, and R.J. Palacio, with art by famed Star Wars concept artist Iain McCaig. Each of these celebrated authors will bring their contemporary, unique voice to the galaxy far, far away, bridging the multi-arc storyline in anticipation of the release of Star Wars: Episode VII.