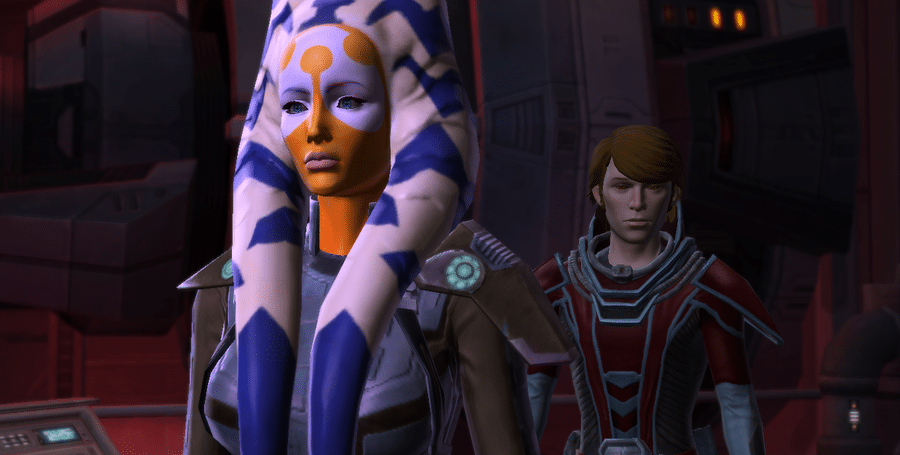 Eric informed us that the new race Togruta will be part of game update 3.3 arriving on Tuesday July 21.

At least, that’s assuming they are actually in 3.3. Sure would be nice to know one way or the other before next Tuesday.

Togruta will be in Game Update 3.3 on Tuesday! We are pretty excited for all of you to get your hands on the new playable species.

One thing that sets Togruta apart from other species is that, due to their Montrals, any item worn in your head slot will be automatically hidden. By introducing a new playable species which hides its head slot, this gives us the potential to introduce other species down the line who have “head things going on.”

Let us know what you think of the Togruta in Game Update 3.3!

I have seen a few questions about price. I just confirmed with the team and Togruta will cost exactly the same as Cathar, 600 Cartel Coins.