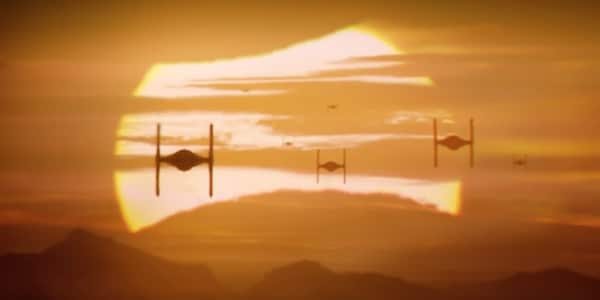 When a site like The Atlantic starts talking about Star Wars films, you know it’s serious. In what many are calling a lukewarm year for film, Star Wars: The Force Awakens just might be the one true hit of the year. In fact, it could have the potential to be the biggest movie ever. That’s a pretty tall order, but can The Force Awakens really measure up?

The movie is already setting records for pre-opening ticket sales. It’s causing quite a stir in all circles and it seems like everywhere you go, someone is talking about it.

You can read the full article to see what The Atlantic has to say about The Force Awakens as an Oscar contender but here is a snippet:

It says something about 2015 that Spotlight, Thomas McCarthy’s small, powerful drama about journalism done right, is a perceived frontrunner to win the big prize, despite its lack of any epic visual flair. Spotlight would be a worthy winner, but it will have to fight to sustain its buzz in the crowded Thanksgiving to Christmas season, when a slew of “worthy” films are suddenly dumped onto audiences’ laps. Small-scale dramas like Brooklyn, The Danish Girl, and Carol will expand around art-house theaters nationwide, and bigger-budgeted contenders like the Wall Street satire The Big Short and Quentin Tarantino’s The Hateful Eightare also en route. It’s a tough time for a small film to keep being noticed.

Especially when there’s a new Star Wars movie happening at the same time. That’s the real reason the Oscar question is being asked of The Force Awakens: Despite all the hoopla, no one can yet quantify just how much of a phenomenon the film is going to be. Among other things, the Oscars are designed to celebrate Hollywood, and in a year that’s had its surprises and disappointments on that front, The Force Awakens should be the big ticket that eases the industry’s financial disappointments as it battles home media and declining sales. Big business isn’t the only factor in determining Oscar success, but as voters look for a consensus pick to cluster around, it can’t be underestimated.

So what do you think? Will it be the movie of the year? Movie of the decade? Win an Oscar? At least be nominated for one? Do you have your tickets for the release already?