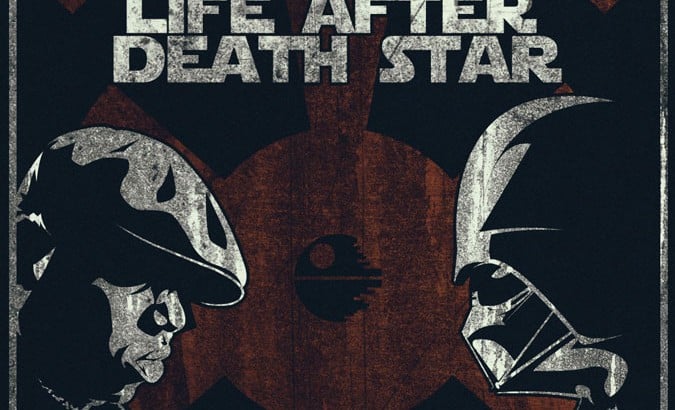 My pal, Richie Branson, who we told you about before back in 2012, is making the trending list again, this time with a Star Wars mixtape you’re going to want to play on repeat. I have always been a fan of Biggie Smalls and of course, of Star Wars, but leave it to Richie to come up with an idea to blend the two. He got with a buddy of his to make it happy and the results are glorious! We’re not the only ones to think so because the album has essentially gone viral since it hit the net and it’s being mentioned all over the place.

It was at 2.5 million streams and counting, featured on livemixtapes, USA Today, Comedy Central and more. Yesterday it was trending on Twitter for quite some time with the hashtag #HIPHOPSTARWARS. It’s still making the rounds across the Internet and if you haven’t heard it yet, we urge you to take a listen. “Life After Death Star” is free (for now) and it’s a great way to get into the seasonal spirit with the upcoming film release.

Richie Branson and Solar Slim have blended familiar Star Wars themes with raps by the Notorious B.I.G.to celebrate the imminent release of Star Wars: The Force Awakens. Download all seventeen tracks for free or stream via lifeafterdeathstar.net.

“What happens when you mix Star Wars with one of the greatest rappers of all-time? We decided to find out.”