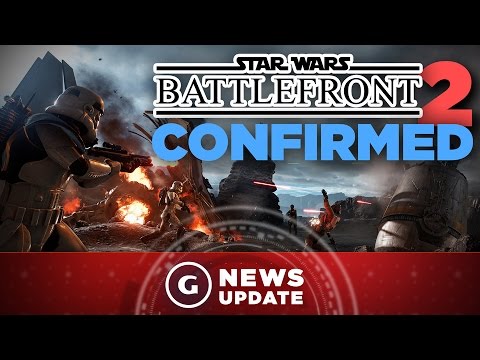 Huge news was released today for Battlefront fans. Following EA’s tease earlier this year that there would be sequels, we had an official release today about the very first: Star Wars Battlefront 2.

EA CFO Blake Jorgensen said during an earnings call yesterday that Battlefront 2 will have “bigger and better worlds.” He added that it will make use of content from “the new movies,” though he didn’t name any outright. The first Battlefront only featured content from the original Star Wars trilogy. This is going to be exciting news for fans of The Force Awakens as well.

Next year we’ll see Star Wars Battlefront back with bigger and better worlds, because we now have the new movies to work off [and] not just the historical movies that we used before.

So what else can we expect from this sequel? Well, new characters will be a start. While there have been expansion packs released for Battlefront since it’s release, there have not been any new characters added and it could be because all along they new the sequels were coming. We’ll probably see new heroes like Funn, Rey, and Poe Dameron, and we might see Kylo Ren and Captain Phasma on the villain side.

We also know that Rogue One: A Star Wars Story is set to release this winter so characters from that film might also make it into Star Wars Battlefront 2. We could see new vehicles, weapons, and more.

Look for more info as we have it and expect to see a release date for Star Wars Battlefront 2 sometime in 2017.