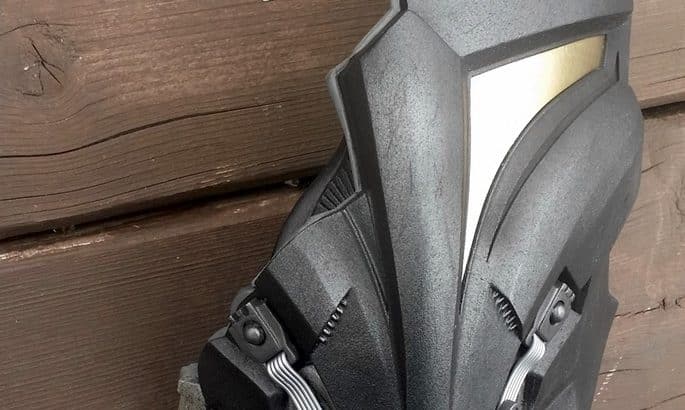 We’ve told you before about cool SWTOR projects from myknocksden.com and now we have another one to share. This is a SWTOR Arcann mask cosplay/prop and it’s awesome, just like all of his work. The best part is, he will tell you exactly how he did it.

“Being the dedicated SWTOR fan that I am, the minute the new trailer “Sacrifice” was announced in June of 2015, I knew I had to make Arcann’s mask.

As with everything, it all began in the digital realm with some curves and plain surfaces, fuelled by a lot of energy drinks. The mask is quite complex, so even with great reference material, modelling in Rhino took close to 30 hours. ”

See all of the digital plans here, along with step-by-step directions on how he did it. Then he will move into explaining and showing you in pictures how he created the base for his mask and used 3D printing of his digital plans to get the pieces.

“Next, the parts needed to be smoothed to get rid of the striation which is an artifact of 3D printing. I poured some acetone into a pot, put this on an element, and used the acetone vapour (which starts to boil off at 56 degrees C) to coat the parts. For this step, all you have to do is hold the part over the boiling acetone for several seconds until the plastic starts to glisten  Once the chemical starts boiling, the acetone produces a vapour that rises, quickly condenses and subsequently falls again, coating both sides of the part. If you attempt this method at home, you absolutely must wear a respirator, and have your fume hood on! Gloves are also a good idea.” 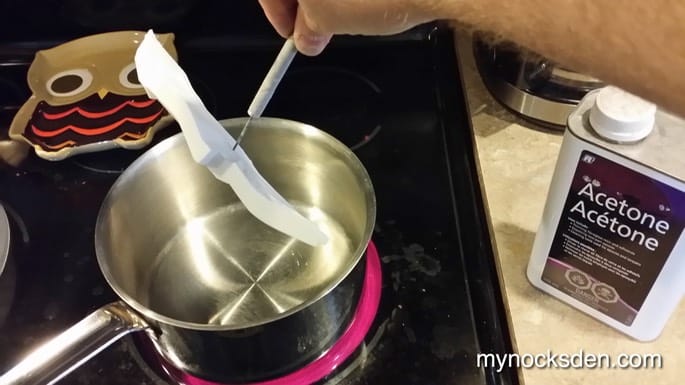 He goes on to explain the rest of the alterations he has to make using bondo, sanding the seams, using primer on the mask, and more putty where needed for filling in and smoothing everything out. There’s definitely an art to this and I imagine it gets easier with practice at projects like this. 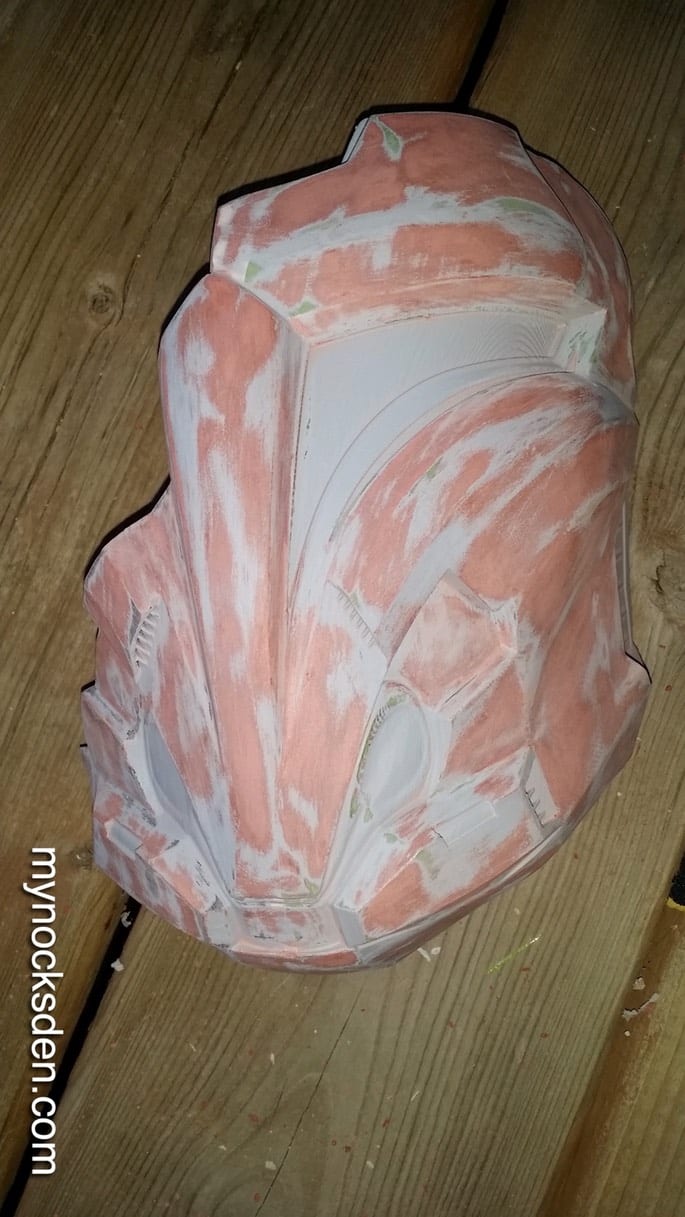 With more pictures and more detailed instructions, he takes you through all of the final steps and I have to admit, at some points it doesn’t even slightly resemble what it’s supposed to be. But eventually, this: 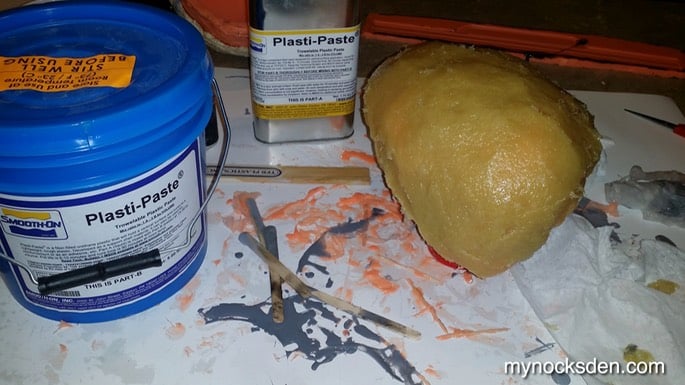 Gets turned into this: 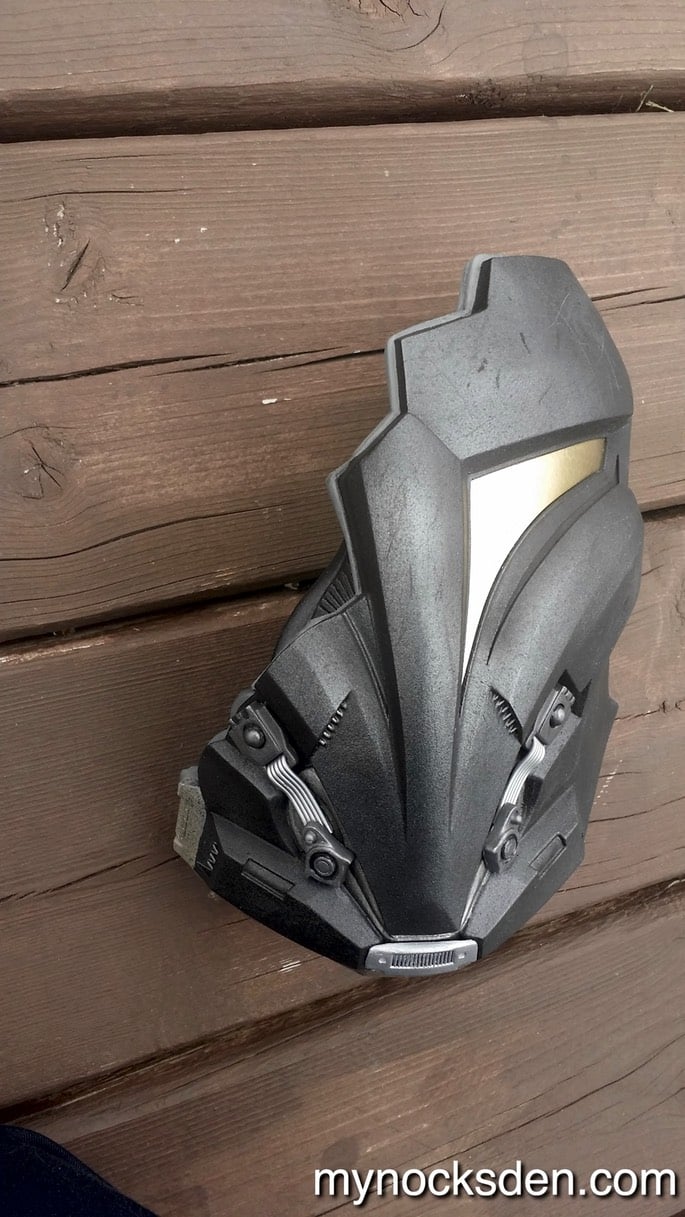 And there you have it! Despite his very detailed instructions with photos, I’m not sure I could pull of a mask as awesome as his.