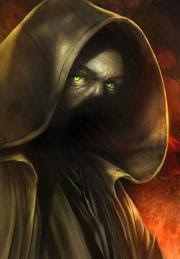 First of all I would like to apologize we didn’t have a guild column all last week, but we will try make it up to you this week. First off is the fellow Scandinavian guild Sith’ari from Finland who will be playing RP-PvP as soon as that will be possible.


Where did your guilds name come from?
Well the first name that we had in mind was Ikirouta, but since either Finnish or English version of the name was not getting through the Guild system, I stumbled to Sith’ari in Wookiepedia then added council in to it since founding members form the council with me.

Can you give me a quick 2-3 sentance description of your guild?
Were mature guild age going from from 22 to 35.
Were flexible and relaxed social Guild

How did your guild come about?
Group of people who know each other from other MMO / PnP games that all were interested in Star Wars MMO got together and did not want to level alone.

What kind of play style do you focus on? PvE, PvP, RP:
We try to focus on all areas which is of course hard, were moving to RP-PvP server as soon as it’s an option in Guild management.

What is your guild set up? How do you run your guild?
We have a council of 6 officers who have their own responsibilities f.e Crafting and PvP officer, later on when we get to the raiding and end-game we shall have raiding management and DKP system running through certain officers. As my position I also have a vote in the council as Guild leader and I am attending issues across the Guild

How serious do you play and/or run the guild?
Considering playing we have so called HC players, but were still relaxed Guild which is not pressing on the 24/7 job mentality. I know that the Guild will be like a second job for me at least part time, and I am thanking my wifes patience with my hobbies.

Do you have ranks or a certain hierarchy in your guild?
Yes I don’t know a Guild which does not have 🙂

Why did you choose the sith empire?
Dark side has better cookies.

Why do you run a guild?
Some one has to do it, nobody in this small council at the start stood up and said I do it. So I did it.

How do you approach Raid Planning?
We have the base of rules forming up closer to launch.

Are you always open for new recruits or do you want to keep a certain guild size?
We are open for new people, though people who apply do need to keep in mind that were RP/PvP Guild that will do PvE, Age Requirement?
18+ with possible exceptions

Guild size?
We are at the moment 11 strong – growing slowly.

How do you spend your time until release? Do you know each other in real life or do you spend a lot of time on forums?
I am closely following the development and news of the game through forums and twitter, going through guild issues before the launch, also RL will keep me busy since I will be coming a father soon. All Coucil member do know each other one way or the other in real life.

What Other Games are you currently playing as a guild?
As a guild were not playing any MMO games at the moment, we do have small groups that are playing few online games together.

If somebody is interested now how and where can they apply for membership?
Guild forums  http://loriacommunity.net/viewforum.php?f=40

One last question, if there was one thing you could ask the Dev’s to include, what would it be?
Personally – less random Beta things, friend of mine got in to the Beta and then later on again ”random” invite to Beta while he still was in the beta on the first invite.