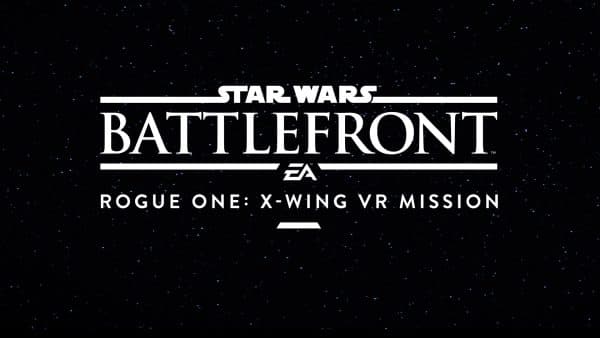 Virtual reality Star Wars? How awesome would that be? It sounds like a dream come true for most Star Wars fans but it might actually be a reality thanks to PlayStation’s VR experiment. While it’s not officially released yet, some lucky people have had the chance to play it already and there are quite a few reviews and for the most part, they seem very positive. In fact, some people are calling it the most amazing thing ever made by a human. It’s a short mission with a long name but it looks really cool, especially if you’re into VR games.

Many of us thought it would be a long time before we ever saw Star Wars in virtual reality but here it is and it definitely looks awesome. If the E3 trailer got you excited then you will also get pumped up about the early reviews from those who have been lucky enough to get a hands-on. Maybe it’s only one mission for now but let’s hope this paves the road for many more amazing Star Wars VR missions and games in the future.

If you want to learn more, Metro has a great write-up and interview with Matt Webster you can read here. They talk about the Rogue One: X-Wing VR Mission as well as future possibilities, and more about Criterion.

See it for yourself in this video: