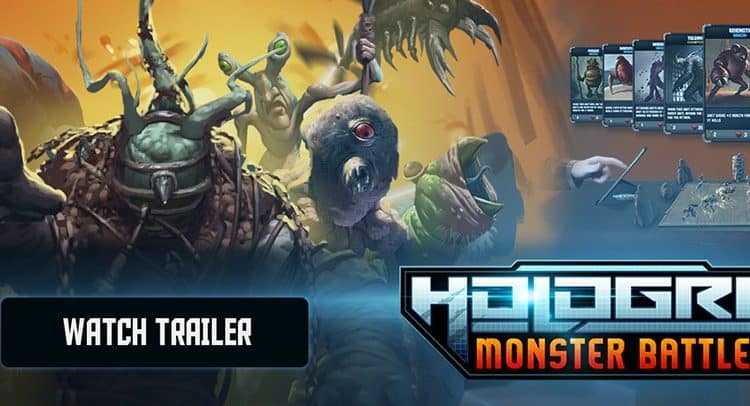 For 30 years, Phil Tippett has been creating monsters for the movies, including the memorable Holochess game in the original Star Wars film. And now he’s made the monsters for a new augmented reality mobile game, HoloGrid: Monster Battle and it looks really awesome. If you haven’t yet seen or heard of this game, you’ve been missing out. Really, this is full of awesome. The game is from HappyGiant and features monsters that were designed by Phil Tippett himself.

A lifetime of experience and imagination from the two-time Academy Award winner for Star Wars: Return of the Jedi and Jurassic Park  can now be carried around in the palm of your hand. These pocket monsters are like nothing you’ll see in Pokemon Go. It’s a new take on Holochess and it honestly looks like a lot of fun.

“Some of these creatures I made more than 30 years ago,” said Tippett in an interview with GamesBeat. “I had a bunch of these things on the shelves. Some I pitched for movies that never got made. Some were for Mad God.”

Tippett is known for his hand-crafted stop-motion animations and his creatures are truly an art form in and of themselves. Tippett focused on the creative assets while HappyGiant created the gameplay. He still makes all of his creations by hand so you see all of the elements of his style in this one.

If  you want to take a look at what it will be like for yourself, here’s the trailer from Google Indie Game Fest: