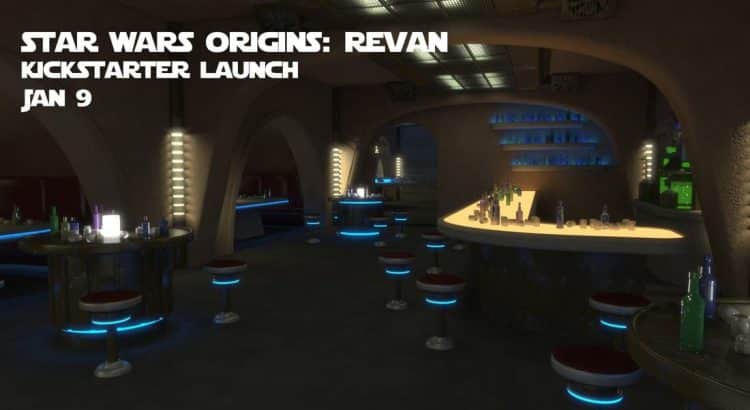 Fans of Knights of the Old Republic and especially Revan can rejoice, for there is a new fan film on the way, set to feature Revan in his youth. Eddie Lee Henderson is leading the Star Wars Origins: Revan fan film project, which he describes as “the most ambitious fan film ever produced.” Henderson’s Dallas-based production company, Black Ginger Media, is currently working on this project and aims to launch on Kickstarter on January 9, 2017.

The film tells the story of the young Revan sneaking into a cantina reminiscent of Mos Eisley. While he’s there, he’s witness to a black-market deal between a Mandalorian and another trader. When the trade sours and other people see what the valuable object of the trade was, chaos breaks out as everyone tries to get their hands on this precious item. The fact that there is a Jedi in the mix when this bar brawl breaks out only complicates things. What this ultimately means for the young Revan, we won’t know until the film is complete.

Henderson says that the goal behind the film is to give it an authentic, Lucasfilm-quality look. That means set design, costuming, special effects, and more. Already, Henderson has made available 3D renders of the cantina set on the Kickstarter page, Facebook fan page, the film’s website, and his production company’s website. The Kickstarter page offers rewards for pledges from one dollar, which will get you an invitation to the exclusive Facebook page to view behind the scenes footage, to one thousand dollars, which will let you be listed as an executive producer and go out to dinner with the cast and crew. If you’re interested in becoming a patron or just learning more, here are some links for you to check out: