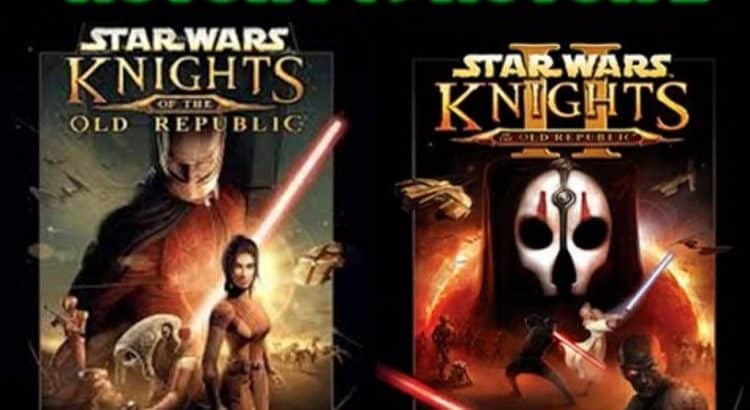 KOTOR 1 or KOTOR 2: which is better? This is no easy question to answer, since both have developed very loyal followings. YouTuber nerdSlayer has attempted to answer this question in his video, simply titled “KOTOR 1 vs KOTOR 2.” He breaks down his analysis along the lines of four different criteria: graphics (how the games look), ambience (the feel and immersion of the game), story (strength of the plot and the characters), and gameplay (the mechanics of how the game works).

In terms of graphics, nerdSlayer considers how KOTOR 1 ( Download it free with Amazon Underground here) for  has a neutral color scheme. The planets all have a different look but no scenes are overbearing to the eye. KOTOR 2 is much darker by comparison and its colors are muted. That same darkness present in KOTOR 2 heavily influences its ambience, which is all around darker. KOTOR 1 is less distinct and therefore feels more generic. Speaking of generic, nerdSlayer argues that KOTOR 1 has a generic story. It hits all the tropes one would expect of a “chosen one” story beat for beat, KOTOR 2 is more about the clash of beliefs. The characters follow in similar veins: KOTOR 1 has more generic characters compared to KOTOR 2, which features more well-rounded characters, albeit with a storyline that is debatably difficult to follow. However, KOTOR 1 has a smoother feel to its gameplay, which its sequel ultimately lacked. When it comes down to it, nerdSlayer is less interested in a quantitative breakdown of which game wins more categories, but how those categories reflect the cohesive whole of the game. Which one does he consider to be the superior game?

Watch the video below to find out.

Agree or disagree? Which is your favorite?