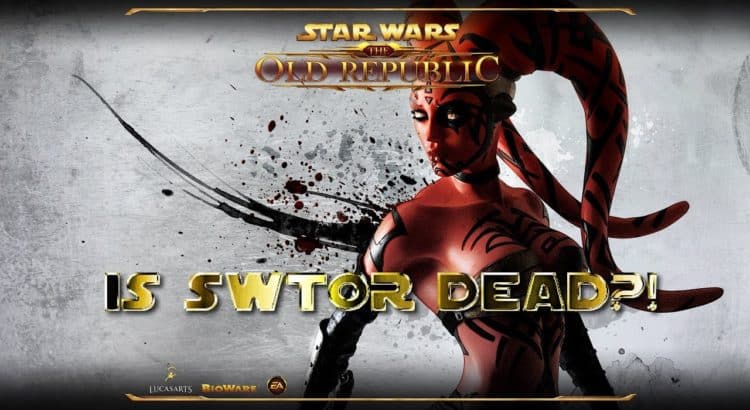 We’ve been publishing on this site for years before SWTOR launched. We were so excited about the game. No one was as pumped as we were. We brought you every rumor, every insider tip, and every breaking news story as soon as we heard about it. Since then, we’ve seen a lot of ups and downs with SWTOR. As you will see, we’re writing about other games here as well, but SWTOR will always be the game that it was all founded upon.

What do people mean when they ask “Is SWTOR dead?” Well, it means different things for different people. As discussed in the video below, most people are asking this question because they have fond memories of the game in some form and they want to know if it’s worth the time to come back and play again. So, Zak shares our opinions that the game isn’t dead and he gives some great insight and reasons into why in the video below.

Here’s a video from Zak Ember who covers the question at length.

So, now that you’ve seen the video and what he has to say about it, what do you think?