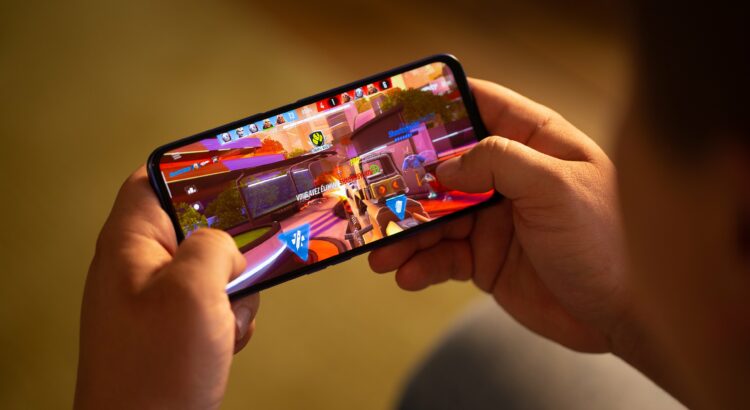 These days, developers are going above and beyond to launch all kinds of gaming apps that offer some of the best features, mechanics, and gameplay on the market. This makes the process of finding only the best mobile games very challenging as it’s a process that will involve hundreds of thousands of games spread across Android and iOS devices. Plus, it would have to cover a time span of more than a dozen years.

Despite the endless list that one would have to go through to find the best mobile gaming apps, we’ve still managed to narrow our list down to three of the best mobile gaming apps that every player should try. So, like the NHL picks that most players rely on each time they place their bets, we’ve put together a credible list of options that we’re confident many experienced players would vouch for. You don’t want to miss it.

Honestly, giving any gamer a simplified crash course on which games would be best to download and install is virtually impossible. It’s an unusual filter option to apply, so our list of top mobile gaming apps is nothing close to finding obscure gems or hits currently topping charts. Instead, we’ve put together a list of genre-defining games that have played an essential part in adding to historical events and milestones within smartphone gaming.

Seasoned players might find it relatively easy to get a bit scornful when it comes to gacha RPGs; however, the truth is that quite a number of players still find themselves going back to them repeatedly. This makes games like Raid: Shadow Legends a mobile game that’s hard to ignore simply because of the love-and-hate relationship that it brings along in its sub-genre.

But apart from its mixed reviews, no one can ignore how amazing it looks from the moment you lay your eyes on it, thanks to its marvelous 3D graphics and features.

If you were taken by Rain: Shadow Legends or seem intrigued by it, you might want also to give Mech Arena a try since they’re both from the same developer. The game’s title speaks for itself as you and other players work to dominate mech suits and go head-to-head in arenas to engage in fights that will determine the game’s best player. By grinding, there’s certainly a lot to unlock in the game, plus players also have loads of customization available for the mech.

Some may find the game intimidating initially; however, it’s far from a complex concept to understand. It’s a game that’s very easy to grasp if you’re in the mood for a thrilling adventure.

With tight controls and combat that’s pretty enjoyable and diverse, you can also expect different arenas you can battle on, ranging from moon bases to desert encampments and Japanese towns. Some say its presentation reminds you quite a bit of Overwatch, so if you enjoy that game, chances are that you’ll undoubtedly enjoy this one too.

Mafia City wouldn’t be where it is today if it wasn’t for the relentless marketing campaign that supported it after its release; therefore, we’re pretty certain that many readers have already bumped into Mafia City.

But honestly speaking, this game made it to our list of favorites simply because it offers a unique and perfect blend between strategy gameplay and an exciting storyline based on the journey of becoming a mafia boss.

Granted, many other strategy games also focus on fantasy realms and history; however, Mafia City offers players a fun and interesting experience that has them operating a crime syndicate operation in modern-day life of today, which is pretty exciting for most players. Here, you can choose which building you would like to erect, and with these will come new resources to use and the opportunity for you to train new types of units.

After this, you can choose whether you would like to battle it out and eliminate players who seem to be standing in your way or play cooperatively with friends so you can all work together to grow your empires.