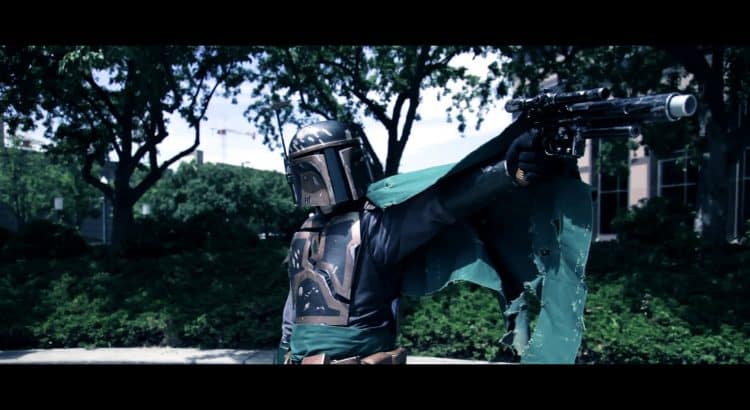 Driven by revenge, Boba Fett has helped The Empire hunt down and destroy the last of the known Jedi Knights.

But with his prize close at hand, the final truth will lead him to an ultimate showdown with the darkest power in the Galaxy

This Star Wars fan film has been on out for a while, but I hadn’t seen it until now — it’s pretty impressive for a fan film. Not only does it throw in Walkers and TIE Fighters flying over a forest as Jedis take cover I noticed even the wipes between scenes were done in a style identical to the actual movies, a nice detail touch. And it has Bob Fett in it!

Years after the Clone Wars end, Darth Vader sends bounty hunter Boba Fett to Kashyyyk to track down the last of the Jedi. Fett, motivated by revenge for his father’s death, proves effective – but he soon finds out a terrible truth about Vader while on the hunt that gives him a change of heart.