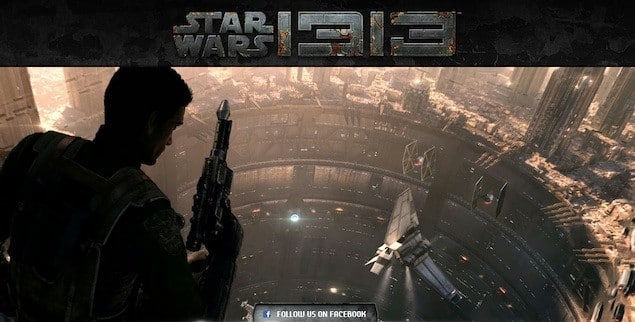 There have been almost too many canceled Star Wars games to count, but one that makes us really sad is Star Wars 1313. It had a lot of potential, but unfortunately was trashed before it would get to see the light of day.

To recap for those who don’t remember, this wasn’t the canceled Star Wars game from Visceral Games, or the open world one that came right after the closing of Visceral. This was, indeed, another Star Wars games, from back when LucasArts was still making the games themselves.

Star Wars 1313 predates Lucasfilm getting bought by Disney and the licensing of Star Wars games going to EA.

Last month, Naughty Dog animator Jonathan Cooper shared an animation on Twitter giving us a little look into what might have been. Check it out below:

It gives us a brief but fun look into what might have been with this game.

If you don’t recall (or just to refresh your memory), here was the trailer released for the game back in 2012, before it was put on hold and ultimately canceled.

You played as a character without Force powers, which made it different from most Star Wars games up to that point. and its story was set in the underbelly of Coruscant.

Here’s what Lucasarts said about it at the time:

“Named for Level 1313, a ruthless criminal underground deep below the surface of the planet of Coruscant, the game puts players in control of a deadly bounty hunter as he uses an arsenal of exotic weaponry to hunt down his marks and uncover the truth surrounding a criminal conspiracy.

Star Wars 1313 emphasizes epic set pieces and fast-paced combat with a hero who uses human skills and gadgets, rather than supernatural Force powers, to make his way through this dangerous world.”

It’s too bad it never made it to completion. It really looks like it had a lot of potential. What canceled Star Wars game would you most like to see brought back?