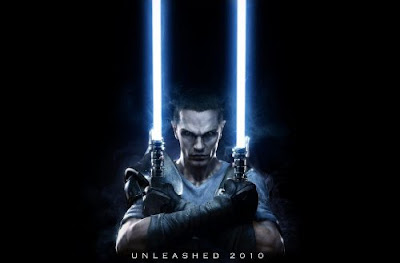 The official gameplay trailer for Star Wars: The Force Unleashed 2 has been released exclusively through Yahoo and looks pretty good. The quality of the video on the other hand is sub-par for some reason. An exclusive release of a video should be of good quality, and I hope no company makes this mistake again. Hopefully we will have a better one soon.

The official facebook page also revealed that there will be a Demo on the PSN next Tuesday, Oct. 12th, while the full game will be released on Oct. 26th.