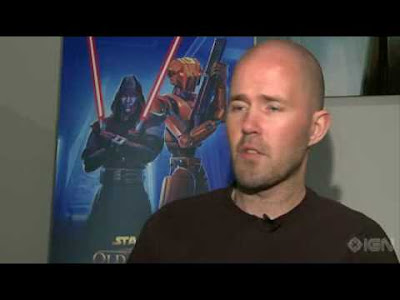 As part of their ongoing coverage of E3, Gamereactor has a pretty interesting video interview never before released with Daniel Erickson that’s worth the time to check out. It’s the longest video they’ve filmed at E3 and we’re all about hearing anything from SWTOR lead writer Daniel Erickson.
The interview talks about story, end-game and also the possibility of a closed or open beta. It’s a 15-minute sit down with Erickson just released.
“It’s our launch year,” Erickson says, “so I finally get to quit saying — for the most part — I can’t talk about that.”
We are happy to hear when you can talk about that, Daniel!